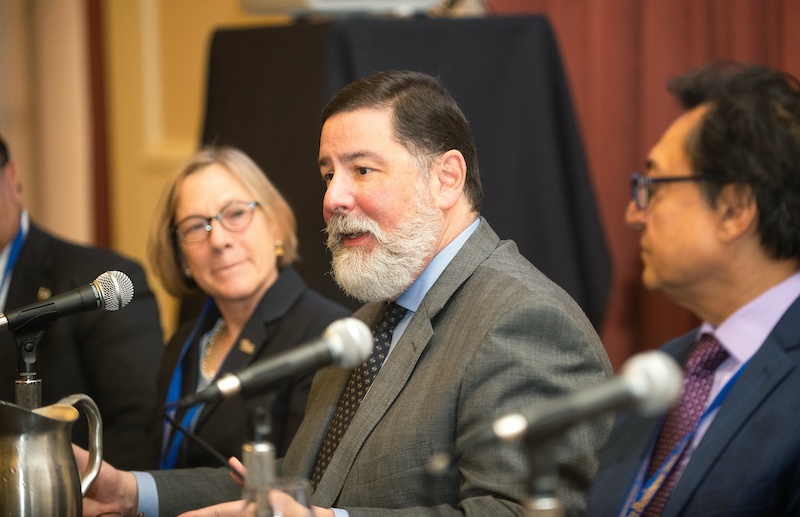 On November 12, 2020, Pittsburgh, Pennsylvania Mayor William Peduto joined mayors from across Kentucky, Ohio, and West Virginia to call for federal support for a green transition to climate-friendly industrial economic revitalization across the upper Appalachian region and the Ohio River Valley, an initiative they are calling the Marshall Plan for Middle America.

The Marshall Plan for Middle America (MP4MA) Roadmap is an independent, non-partisan, data-driven research document created through the joint scientific efforts of academic and policy researchers based at the University of Pittsburgh Center for Sustainable Business, the University of Massachusetts Amherst, the City of Pittsburgh, the Steel Valley Authority, the Heartland Capital Strategies Network, and the Enel Foundation.

“For generations, hard-working men and women across the Rust Belt have produced the resources that fueled the U.S. economy. Now, with those jobs and resources evaporating with the realities of climate change, it is time for the U.S. to give back,” Mayor Peduto said.

Research led by the Center for Sustainable Business finds that the Ohio Valley stands to lose 100,000 jobs in the ensuing years as the fossil-fuel economy continues to decline in the face of the economic and environmental realities of superior, cost competitive renewable energy development.

The cities that are part of the Marshall Plan for Middle America initiative have made their contributions to the climate change fight — by adopting methods such as action plans, divesting from fossil fuels, pooling their procurement of renewable energy — but need the power of the federal government to help economically-challenged neighbors in the rural and suburban parts of the Appalachian region.

The MPMA calls for $60 billion annually in public and private funds over the next decade through the following means:

The initiative is named after the post World War II investment strategy—helmed by General George C. Marshall of Uniontown, Pennsylvania—to rebuild Europe and its economic and democratic institutions. Like post-war Europe, Middle America faces similar issues of decline, a shared crisis of aging infrastructure, obsolescence of business and government institutions, and the need for upskilling and reskilling of workforce.

The same kind of investments are needed in our region now. The federal government has not made significant contributions to Pennsylvania and its neighbors since the adoption of the Appalachian Regional Commission more than 50 years ago.

Photo courtesy of University of Pittsburgh.

See the report on the MP4MA by the Center for Sustainable Business.