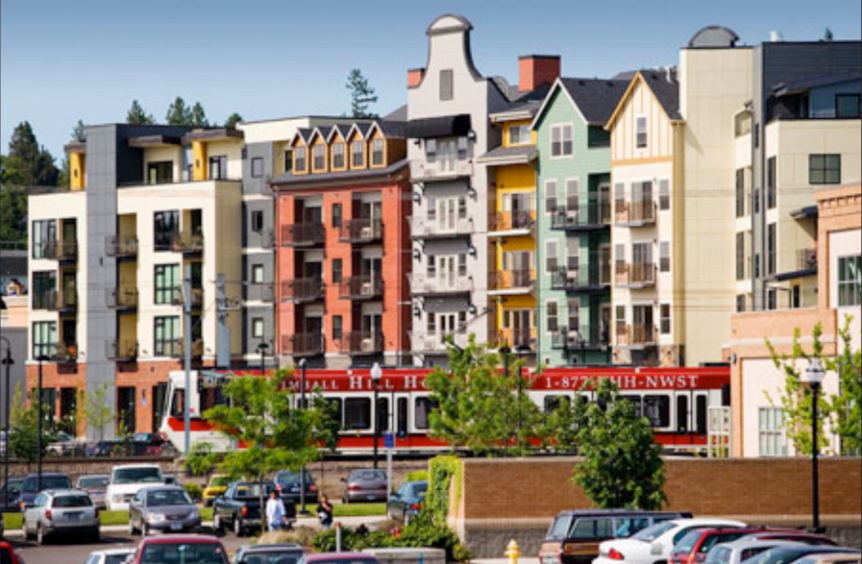 Rail transit has become a political lightning rod. Critics view rail proposals as among the most flagrant forms of pork barrel politics today. Advocates counter-argue that expanding the nation’s rail transit offerings will yield many under-appreciated environmental and societal benefits, including reduced carbon emissions and dependency on foreign oil supplies.

If fixed-guideway transit is to yield appreciable dividends, there must be a close correspondence between transit investments and urban development patterns. All too often, rail transit investments in the U.S. have been followed by growth that is oriented to highway rather than transit corridors. Put simply, “mass transit” needs “mass”—i.e., density. For investments to pay off, there must be an unwavering local commitment to substantially raise population and employment densities along transit corridors.

While dense areas average higher transit capital costs as well as higher ridership, our analysis suggests that many transit stations in the U.S. have nearby job or population densities that are too low to support cost-effective transit service. The thresholds in this study can provide cities and towns with targets for zoning around existing and proposed transit stations based on projected costs.

Those are the conclusions of a new report on “upzoning”. Upzoning is a strategy that allows for higher density near transit stations. In June of 2017, Seattle, Washington became the latest city to apply it, when the moved forward with plans to upzone their University District.

The zoning changes would allow for the redevelopment of taller buildings—up to 320 feet on some blocks—near a light-rail station that is scheduled to open in 2021. The changes would also potentially trigger new requirements for developers to create affordable housing.

How might this upzoning impact Seattle’s return on its transit investment? A new policy brief by the University of California Transit Center explores this issue.

This study examined factors that are associated with cost-effective transit investments. By “cost-effective” we mean projects with low capital cost per rider on an annual basis. To address this question, researchers obtained data for 59 transit investments—33 light-rail (LRT), 23 heavy rail (HR), and four bus rapid transit (BRT) systems— across 19 metropolitan areas in the United States. Collectively, they comprise 768 stations on 740 miles of fixed guideway, built at a total cost of $68 billion (in 2009 dollars).

As densities rise, so do both ridership and construction costs. Which rises more? Ridership does, such that higher densities tend to improve transit’s cost-effectiveness, despite higher costs.