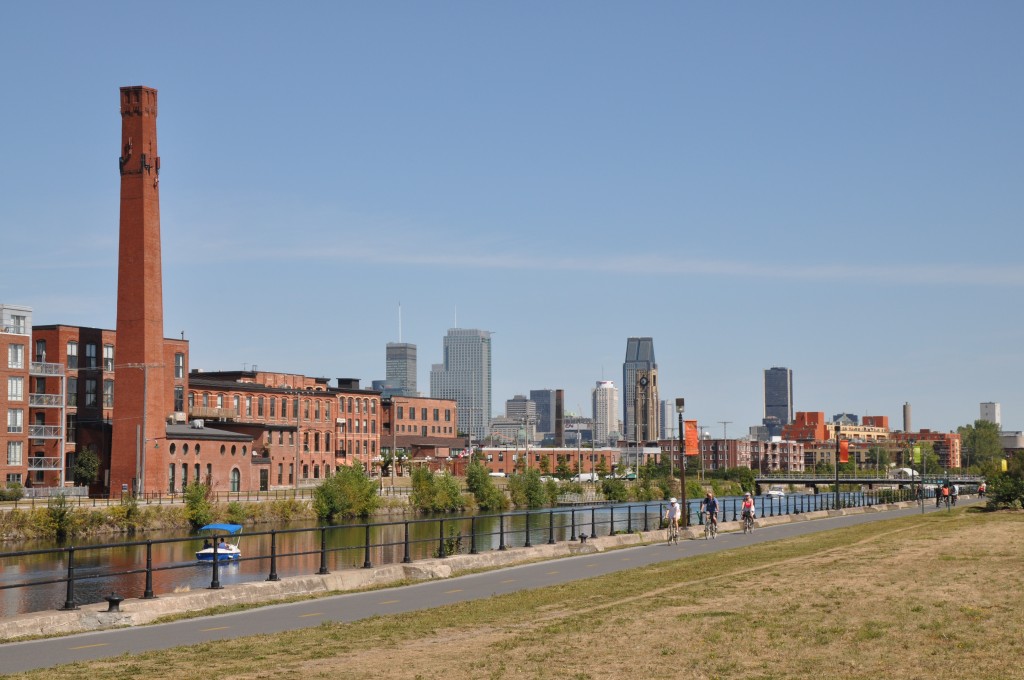 Urban camping could become a reality at the Old Port of Montreal, Québec, Canada.

On the site, there is little space between the tents and the traffic nearby, but nothing can discourage the campers. Nathalie, who brought her two daughters, loves the scene.

“The Lachine Canal is already magnificent, and it contrasts with the workshops behind it which are very urban. It’s very beautiful,” she exclaims.

But more than anything, it’s the proximity that seduces many. Many campers have arrived via mass transit, like Hassan and his family.

“I think that if this place were transformed into a real camp site, people would be lining up,” says the father of the family. “No need to leave the island to camp, access to the river, that would be perfect!”

He is not the only one dreaming about it. The urban camping developer Vincent Leger has stepped up the effort since 2011 so that Montreal can have its own camp site, like Brooklyn or Berlin. For him, the Old Port, facing the river, would be the ideal site.

The city especially sees a tourism potential. “We want to attract a base that does not currently travel to Montreal. We are looking for that tourism niche that exists throughout the world in large cities, like in Europe,” says Benoit Dorais, the mayor of the South-West arrondissement.