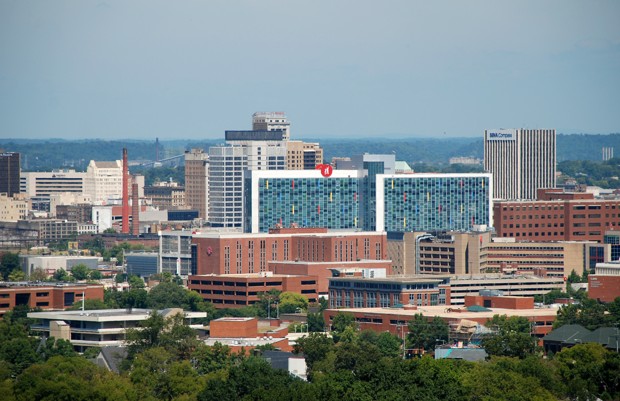 While Jefferson County, Alabama is broke, the Birmingham metro area within that count added $2.9 billion in new economic activity and 13,000 new jobs.

There are good reasons to wonder where all this economic confidence came from. Birmingham’s crime rate is one of the highest in the country, and its schools remain among the worst in Alabama, thanks in large part to a high poverty rate.

It is one of the worst cities for public transit in the nation, and it is still struggling with the legacy of racism. Its people are unhealthy. The air quality sucks. It’s filled with food deserts. Young people love Birmingham, but they’re also most likely to leave it.

Because quality of life wasn’t exactly an obvious story the city could leverage, Birmingham looked instead to two strategies to lure private cash: urban green space and historic renovation, a clever, relatively low-cost approach for a city hoping to improve its aesthetic appeal.

Nothing reflects this recipe better than Railroad Park, a 19-acre former rail yard that’s been transformed into an award-winning downtown green space.

The park is such a rousing public-private success that Birmingham has been able to use it to announce to developers that despite Jefferson County’s problems, its biggest city is open for business.

As for historic buildings, REVITALIZATION has previously reported on the spectacular restorations of three historic theaters in the city.