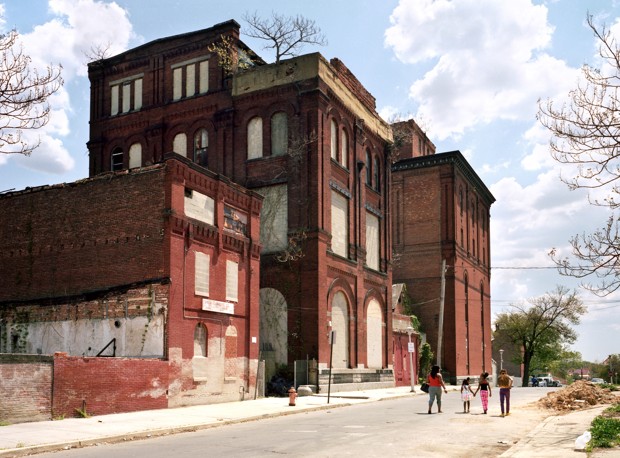 It was some tough timing for urban planner Andy Cook as he lined up a tour of vacant industrial properties in Southwest Baltimore, Maryland late last month, trying to drum up interest among businesses and real estate developers.

The nation had been glued to news of the riots that followed the the death of Freddie Gray, who died in police custody. People were beginning to understand the despair present in Baltimore neighborhoods that residents themselves declared dead.

The Southwest Baltimore Industrial Opportunity Tour wound through similar landscapes of abandonment, in Mill Hill, Shipley Hill, and as far north as Rosemont, where big companies—and the smaller businesses of butchers, bakeries, and brewers—had long since left. It was audacious to suggest that a collection of 35 dilapidated buildings could somehow begin to fix what had been broken for so long.

But that was the idea. And in the view of the project’s organizers—Baltimore’s planning department, Baltimore Heritage, and Housing Policy Watch—the aspirations were right-sized. Bringing the buildings back to life as job centers will hinge on locally owned, small-scale businesses and start-ups.

What’s compelling about reclaiming industrial properties is that it isn’t an old-school, big-ticket economic development program. It’s building on the good bones of the city, and engaging in what researcher Alan Mallach calls strategic incrementalism—making targeted reaches rather than searching for the silver bullet.

Little by little, the initiative in Southwest Baltimore might become a counter-narrative against the unemployment and disengagement seen during the riots. Maybe it wasn’t such bad timing after all.