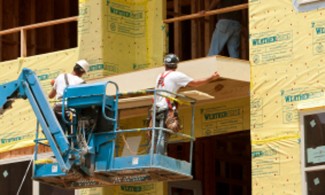 In the United States, urban centers such as Detroit, Pittsburgh and Cleveland suffered significant job losses in the 1970s and 1980s as their manufacturing bases declined. The phenomenon wasn’t restricted to the industrial north, however — mid-Atlantic cities such as Philadelphia and Baltimore also felt the effects, as did traditional towns across the United States.

What they all had in common was declining population and disinvestment in their core areas, aggravated by state and federal policies that effectively encouraged suburbanization. With infrastructure crumbling, poverty growing and social tensions rising, the cycle accelerated.

The phenomenon is often seen as being restricted to the “rustbelt,” but research indicates that similar patterns can play out within cities of all sizes, locations and ages. A 2015 study published in Applied Geography offers an analytical framework for categorizing neighborhoods in different stages: suburban, stability, blue collar, struggling and new starts. The study suggests that the transition pathways can be highly variable within rapidly growing cities such as Charlotte, N.C., and Portland, Ore., as compared to neighborhoods in cities such as Buffalo and Chicago, which see more predictable “downgrading” trajectories.

To reverse such trends, many cities have been actively working to reinvest in affected areas, encouraging mixed-use developments, new transit systems, and more. The Lincoln Institute of Land Policy study concludes that American’s core cities can achieve revitalization and sustained growth with “constructive support from state and federal governments” in the form of adjusted regulations, funding programs, and other ways they can support initiatives.

Revitalizing cities also requires the right mix of new forms and directions for governance and economic activity; powerful assets; and capitalizing on an “historic can-do culture of achievement.”