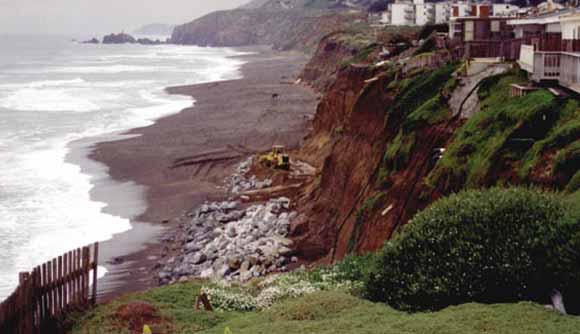 Ignoring claims by the incoming Trump administration that climate change is a global conspiracy of evil scientists, the U.S. Department of Defense—whose mission depends on dealing with reality—is continuing to adapt its bases to deal with threats associated with a warmer planet.

Naval Base Ventura County (NVBC) at Point Mugu sits on the Pacific coast about 90 minutes above Los Angeles.

About half of the base’s seven square miles is salt marsh and is home to many marine birds and mammals. Valerie Vartanian is a natural resources manager for the Navy. Much of her work these days is dedicated to protecting the base from ocean level rises.

“The reality is we’re seeing more impacts from storms,” Vartanian said. “We’re seeing more flooding, and so we have to look at our areas that are vulnerable and try to be creative and clever about how we’re going to protect our infrastructures.”

Base officials said they are planning a redesign, using a combination of retiring some buildings, expanding wetlands and dunes, and installing hard protections like seawalls where necessary.

First built as a temporary depot in the early days of World War II, the Construction Battalion Center (CBC) at Port Hueneme is a veteran of that war. The base was originally established to train, stage, and supply the newly created Seabees. In 1941 as the United States entered World War II Point Mugu also became a training area for the Seabees.

Today, the more than 80 military commands located at NBVC continue to support the diverse missions of the Department of Defense (DoD). Naval Base Ventura County offers sailors and their families a complete community with housing, health, youth services, worship opportunities, shopping, dining and premier recreational activities.

Naval Base Ventura County is a diverse command with a wide range of military and civilian strengths that make it unique in the Navy. With strong research, safety, environmental and MWR programs, NBVC claims to be poised to be recognized as the best base in the Navy.