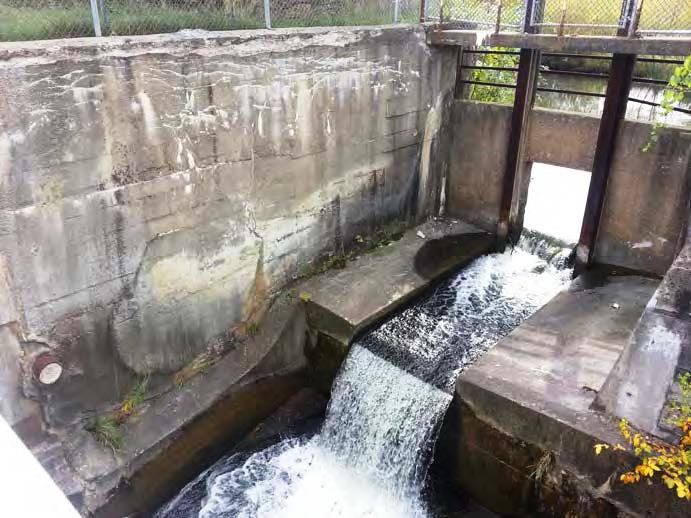 All across the United States, there are tens of thousands of dams killing our rivers and streams. Some of them had a legitimate industrial or power-generating use at one time, but have outlived it.

Thousands of others were built with little of no function in mind by the U.S. Army Corps of Engineers, in order to justify their “use it or lose it” annual budget. That destructive process did more physical damage to America than all foreign militaries combined.

But a dam removal trend has been building over the past two decades. The latest to receive its death sentence is a 90-year-old dam in Kalamazoo, Michigan. It will be gone by the end of the summer of 2018, and native fish habitat will be restored.

The Alcott Street Dam impounds Bryant Mill Pond on Portage Creek. It no longer has any function, but is preventing fish migration. It’s also holding contaminated sediment in place, so the Michigan Department of Environmental Quality and other organizations have launched a phased plan to remove it.

Industrial activities on the Kalamazoo River and Portage Creek released polychlorinated biphenyls (PCBs) to those waterways and the surrounding environment. As a result, the U.S. EPA designated areas downstream of the releases of PCBs as the Allied Paper, Inc./Portage Creek/Kalamazoo River Superfund Site, which stretches from Morrow Dam near Comstock, Michigan, downstream 80 miles to Lake Michigan.

In a Stage I Assessment, the Trustees documented injuries including impaired reproduction of bald eagles, the presence of fish consumption advisories, and concentrations of PCBs in soils and sediments that are known to cause impairments to benthic invertebrates, mammals, and birds. Working with EPA, the State of Michigan, and the paper companies, the Trustees are working to ensure the cleanup actions are combined with removal of aging dams and eventual restoration of river and floodplain habitats. The Trustees are also using bankruptcy settlement funds to conduct additional restoration.

The former Bryant Mill Pond has already been restored with native vegetation. Upstream of the Alcott Street Dam, the creek water is cooler. According to a state report, there are deeper pools and a more protected riparian habitat.

Downstream of the dam, Portage Creek suffers from over-engineered sections that are highly degraded, and that are channelized with concrete. In 2011, the DEQ and partners completed a significant restoration of the area with funding from the Great Lakes Restoration Initiative.

GLRI Action Plan II summarizes the actions that federal agencies plan to implement during FY15-19. These actions will build on restoration and protection work carried out under the first GLRI Action Plan, with a major focus on:

Removing the dam will improve habitat connectivity between the two sides. Fish will have a larger space to move around in Portage Creek, which should have a positive impact on the population throughout the creek.