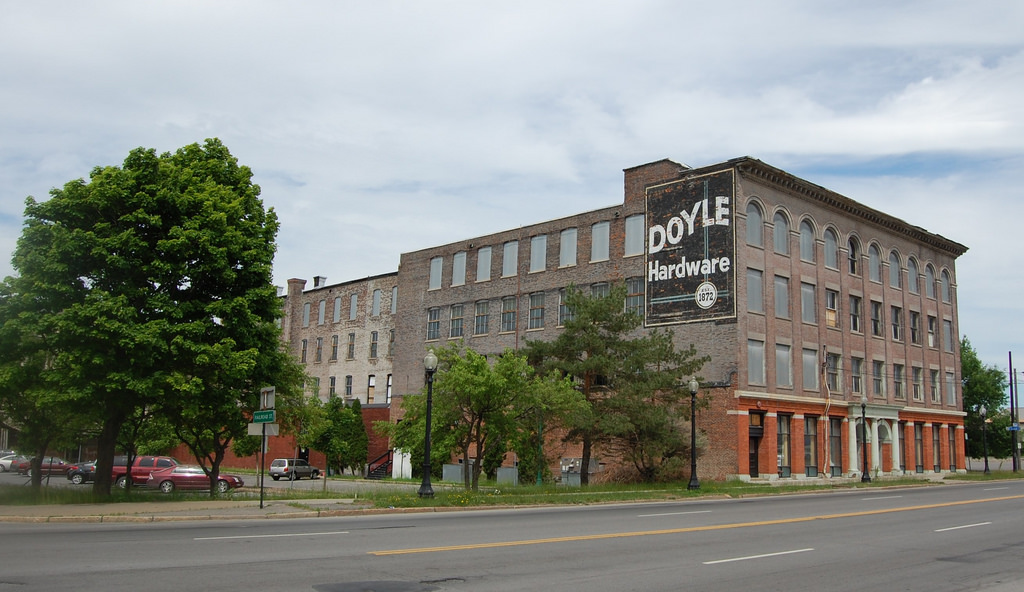 Standing four stories tall on a main thoroughfare in the city of Utica, New York is a building that once held a thriving business, Doyle Hardware.

“When the news broke that Doyle Hardware was closing it literally broke hearts throughout the area,” said Beth Irons, President of the Bagg’s Square Association.

For 135 years, Doyle Hardware occupied a historic former clothing factory that was built in three sections between 1881 and 1901. It was designed by architect Frederick H. Gouge in the early commercial architectural style with Sullvanesque characteristics.

It features an entrance with round arches and columns, and a large cornice with brackets. In 1934 it became a spark plug manufacturing facility, and in 1947 was reused as the headquarters of the Utica Distrbuting Company.

Leaders say the purchase of this historic property is one of the final keys to unlocking Bagg’s Square full potential.

“I hope whatever goes into that building is something that fills a need and that draws the people down into Bagg’s Square,” said Irons.