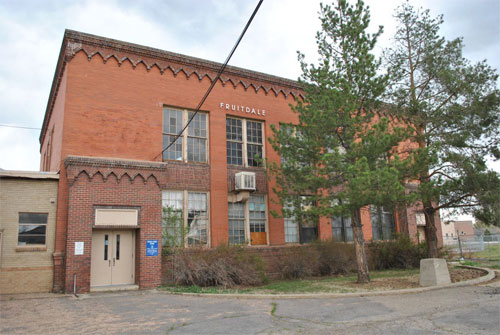 The fate of the historic Fruitdale school building, constructed in 1927 by renowned Denver architect Temple Buell, has been nothing short of a roller coaster ride for Wheat Ridge, Colorado residents in the last decade. 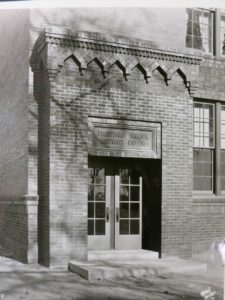 Buell designed more than 300 buildings in Colorado, including the Paramount Theater and the Cherry Creek Mall, which was the state’s first modern shopping mall. Many of the buildings he designed were schools. The Fruitdale School is the oldest one still standing in the state.

“He was a master architect. He was known not only in Colorado but all across the Western United States as the preeminent guy. Then he turned into a developer and philanthropist,” said James Hartman with Hartman Ely Investments, the firm transforming the old school into housing.

Since being decommissioned as a school in 2007, Fruitdale’s future has been uncertain. The community’s affection for the building, a city landmark, has helped to spare the building from the wrecking ball on several occasions. And while the city could not bring itself to demolish the building, redevelopment remained financially unfeasible.

Fruitdale is just the beginning of the redevelopments planned for the city, according to city treasurer and former mayor Jerry Ditullio. “With the $2.5 million that the city is investing in this, we are going to get $1.5 million back in a year, so that will be a good reinvestment into the community,” he said. “And really we are taking those funds and making this property whole again for the entire neighborhood and we are hoping it spurs reinvestment throughout the whole corridor.”

The Fruitdale Lofts are the cornerstone project for the entire district, which they are calling the Fruitdale Development District, said Ditullio.

See full article by Peyton Garcia in The Denver Post.