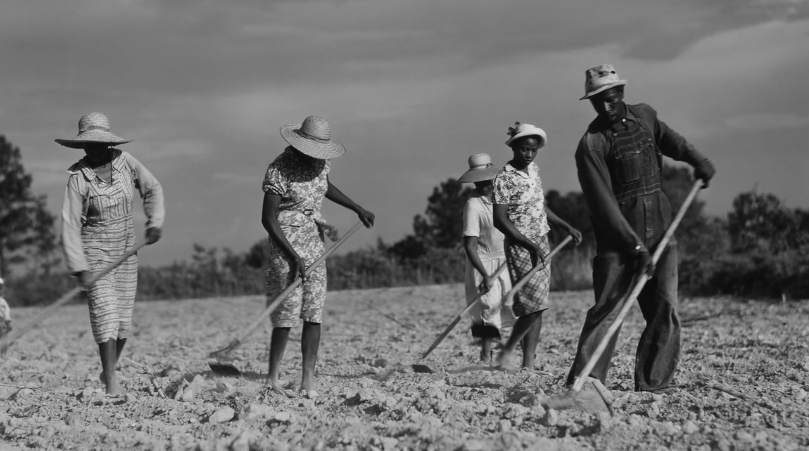 Arc of Justice is a new film that traces the remarkable journey of New Communities, Inc. (NCI) in southwest Georgia (U.S.), a story of racial justice, community organizing, and perseverance in the face of enormous obstacles.

NCI was created in 1969 in Albany, Georgia by leaders of the Civil Rights Movement, including Congressman John Lewis, and Charles and Shirley Sherrod, to help secure economic independence for African American families.

For 15 years, NCI cooperatively farmed nearly 6,000 acres, the largest tract of land in the United States owned by African Americans at the time, but racist opposition prevented them from implementing plans to build 500 affordable homes as part of their community land trust.

Unable to secure government loans to cope with the impact of successive years of drought, NCI lost the land to foreclosure in 1985. But 25 years later it was given new life as a result of a successful class action lawsuit brought by hundreds of African American farmers against the U.S. Department of Agriculture for loan discrimination.

With the settlement, the original founders purchased a 1,600-acre plantation once owned by the largest slave owner and richest man in Georgia. NCI is now growing pecans and using the antebellum mansion on the property as a retreat and training center, still committed to its original mission of promoting racial justice and economic development.