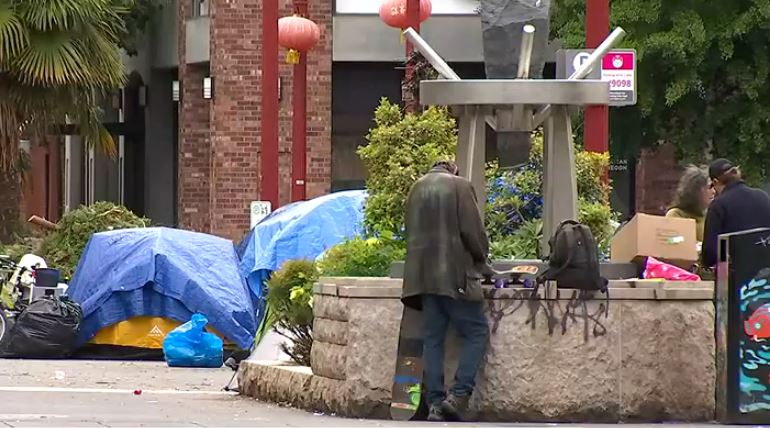 This news video shows yet another example of local leaders overpromising by using the term “revitalization” when all they are doing is cleanup and beautification. A detailed discussion of this common practice appeared in the 2020 book, RECONOMICS: The Path To Resilient Prosperity.

Don’t get me wrong: cleanup and beautification can be important elements of revitalizing a place, but saying that you’re revitalizing a neighborhood or downtown area when you’re only improving the aesthetics is like a homeless man putting on a nice suit from a charity and declaring himself wealthy.

In this case, we’re talking about the Old Town area of Portland, Oregon. The Old Town Community Association just announced positive progress in their mission to clean up and revitalize their neighborhood.

In March of this year, neighborhood leadership launched a “90-day reset” of Old Town to clean up the streets, get the unhoused into shelters, and improve overall safety.

After the 90th day, the chair of the Old Town Community Association, Jessie Burke, presented encouraging numbers. She said there are now 64 percent fewer tents in the neighborhood than three months ago. There are now 92 new beds for the unhoused, with 43 already filled. Nearly 19,000 square feet of graffiti have been removed and there is a crew of three people with one truck, tasked daily with picking up garbage.

All well and good. But is there any strategy or process for actually delivering the promised revitalization? Based on this video, they seem to be expecting it to magically appear when the trash is gone and the street banners are hung.

Or, maybe they have a brilliant renewal strategy, and this reporter simply forgot to mention it.

Much better to simply announce that you’re going to make the place look better and succeed, than to promise revitalization and fail.