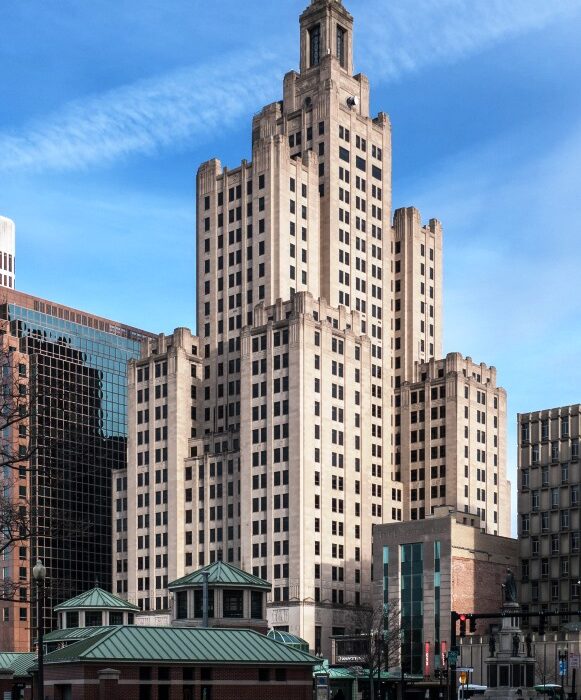 They argue that a mix of public and private funding can revive the skyscraper for a second century atop the city skyline.

The Industrial National Bank Building, located at 111 Westminster Street (or 55 Kennedy Plaza) was built in 1928 as the Industrial Trust Co. Building, and was designed by the New York firm of Walker & Gillette.

At 428 feet (130 m) with 26 floors, it is the tallest building in Providence and the state of Rhode Island, and the 28th tallest in New England; when it was completed it stood several stories higher than the recently finished Biltmore Hotel nearby.

Known through the years as the “Fleet Bank Tower”, the “Bank of America Building”, and, most recently, “111 Westminster”, locally it is commonly referred to as the “Superman Building”, because of its visual similarity to the headquarters of the Daily Planet newspaper seen in the Superman comic book and shown on The Adventures of Superman TV series from the 1950s.

The building has been vacant since Bank of America moved out in April 2013. An estimate in 2016 was that it would take $115 million to rehabilitate the building. Requests for public financing were rejected in 2017.

2017 photo of the Industrial Trust Building (aka Superman Building, aka Bank of America Building) is by Kenneth C. Zirkel via Wikipedia.