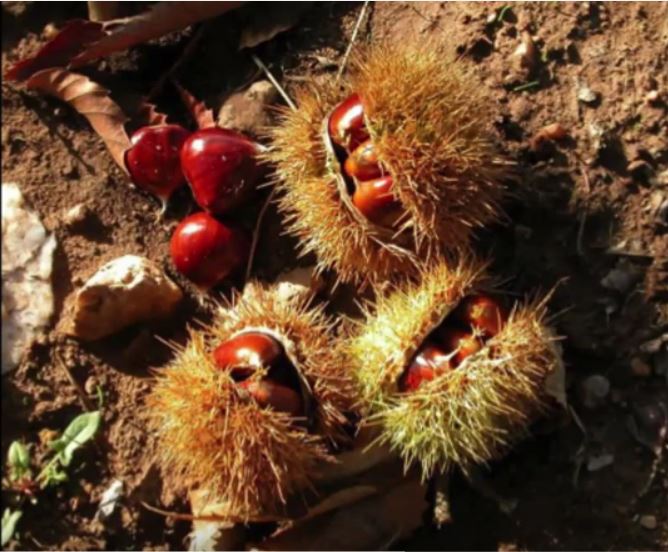 Below are two TEDx talks on the restoration of the American chestnut tree.

Dr. William A. Powell received his BS in biology in 1982 at Salisbury State University, Maryland, and his PhD in 1986 at Utah State University studying the molecular mechanisms of hypovirulence in the chestnut blight fungus, Cryphonectria parasitica.

He is currently the Director of the Council on Biotechnology in Forestry and SUNY-ESF and the Co-Director of the New York State American Chestnut Research and Restoration Program.

One of his significant accomplishments is the enhancement of blight resistance in American chestnut by his research team and collaborators. He gave this talk in 2013.

This second talk (2014) was given at a local TEDx event in Chattanooga, Tennessee. In 1904 a terrible pandemic struck the American chestnut, one of worst ecological disasters of the 20th century. Much scientific effort has been the focused on breeding a tree that combines disease resistance with timber form and other important adaptive characteristics. Our advanced hybrids are highly blight resistant. For the first time in history we may be able to reintroduce these trees into the forest in a way that will allow them to reproduce on their own and to continue their evolution. The return of the chestnut tree to the forest will depend on the concerted efforts of citizens, and scientists working together.

Dr. Hill Craddock is the Robert M. Davenport Professor in Biology at the University of Tennessee at Chattanooga, Department of Biological and Environmental Sciences. He grew up in Woods Hole, Massachusetts, on Cape Cod, son of a marine biologist father and an emergency room nurse mother, and went to sea for the first time at age 16, working summers on commercial fishing boats. He grew his first chestnut tree from a seed he planted at age 15, and he is still a chestnut enthusiast. He moved to Italy in 1987 where he and his wife Paola helped run her family’s restaurant business. They moved with their son Emilio to Tennessee in November of 1994. Dr. Craddock’s current research is focused on the restoration of the American chestnut to the Appalachian hardwood forest ecosystem and the establishment of a commercial chestnut industry in Tennessee. His project areas include breeding for resistance to chestnut blight and phytophthora root rot, Castanea germplasm collection and characterization, and chestnut cultivar evaluations.

Dr. Craddock completed doctoral and postdoctoral research on hazelnut and chestnut biology at the Universita’ di Torino in Turin, Italy, before conducting research on anthracnose-resistant dogwood cultivars and on evaluating chestnut cultivars at the Tennessee State University/USDA-ARS Nursery Crop Research Station in McMinnville, Tennessee. He has been teaching introductory biology, mycology (the study of fungi; mushrooms, molds and yeasts), dendrology (the study of trees), and economic botany (the evolution and domestication of cultivated plants) at UTC since 1996. His research is supported, in part, by the Summerfield Johnston Endowment for the Restoration of the American Chestnut, The American Chestnut Foundation, the Bettie J. Smith LLC, and Dollywood.