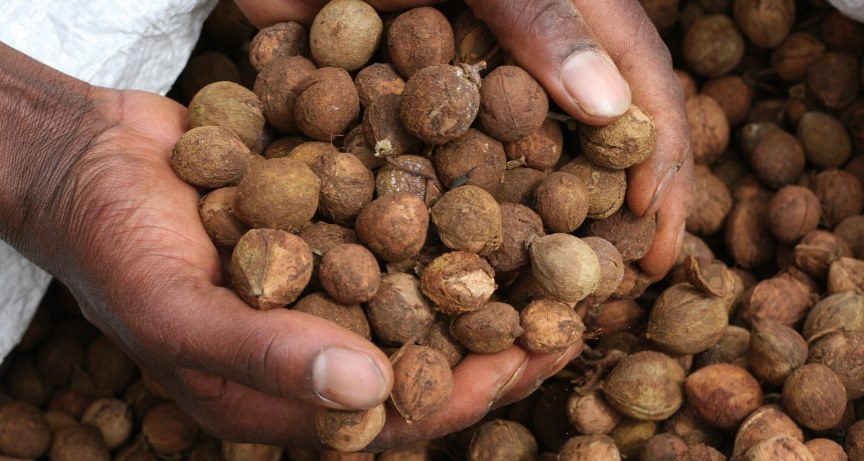 In 2012, Alan Paul, an engineer and veteran entrepreneur, founded EFK Group (Eco Fuels Kenya), a zero-waste operation that extracts fuel oil from croton nuts and turns the leftover nut pulp into variety of industrial inputs, such as organic fertilizer.

At about $1 per liter, EFK’s croton biofuel costs around 15 percent less than diesel and also burns cleaner (containing no sulfur), while the nut-based fertilizers cost around half of competing products.

Additionally, since all of this comes from the nuts, it gives people a reason not to cut down the trees for wood—an important side effect in a region where deforestation is rampant.

The nut is not eaten by either people, so harvesting it doesn’t have the same problems as biofuels based on food crops like corn. The tree is native and requires no fertilizer or pesticides, so the soil amendment made from the waste husks, and the animal feed made from the waste nut meat are both organic. The process is thus zero-waste, and requires no alteration to the natural landscape, as do intensive palm oil nut plantations.

Villagers are boosting their income by collecting the nuts that used to lie uselessly on the ground. The croton nut also thus revitalizing economies by reducing the need to import petroleum-based diesel, which sends money out of the country.

To date, EFK has sold all the biofuel it can produce and more than 150 tons of fertilizer, exceeding $100,000 in revenue through the business’ two-year pilot phase. The company has also introduced its chicken feed and biomass briquette products, which are selling well.