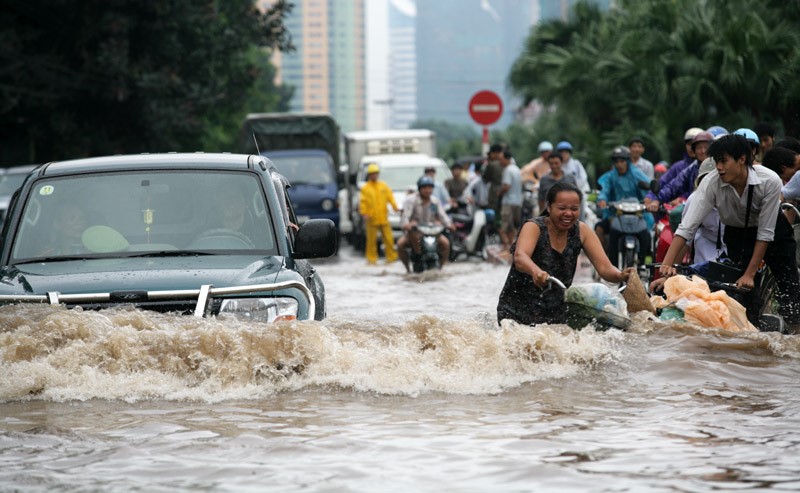 On January 17, 2019, with support from the Green Climate Fund, the United Nations Development Programme (UNDP) and other partners, Vietnam announced that the nation is preparing to regenerate 1300 hectares (3250 acres) of coastal mangroves over the coming year. Simultaneously, they will build over 1300 storm-resilient houses.

Rolled out under a climate change adaptation initiative “Improving the resilience of vulnerable coastal communities to climate change related impacts in Vietnam,” the new homes and mangroves will help protect impoverished coastal communities from increasing flooding and storms while also boosting livelihoods, nurturing biodiversity and supporting Vietnam in its pursuit of a low-carbon, climate-resilient future.

Viet Nam is taking strides to both reduce its emissions and to prepare for projected climate change impacts. These efforts go hand-in-hand with the Southeast Asian nation’s aspirations in reaching the Sustainable Development Goals (SDGs) under the 2030 Agenda – the goals are interconnected with the addressing climate change (SDG 13), the goals of eradicating poverty (SDG 1), reducing inequalities (SDG 10), and ensuring sustainable cities and communities (SDG 11).

Mangroves act as storm surge buffer zones, but also provide ecosystem resources – supporting local livelihoods – and acting as carbon sinks. By the end of the project in 2022, an estimated 1.9 million tons of carbon dioxide emissions will be avoided.

The announcement came on January 17 at a Steering Committee meeting for the project organized by the Ministry of Agriculture and Rural Development, UNDP and the Ministry of Construction, chaired by Deputy Minister of Agriculture and Rural Development Hoang Van Thang, Head of the Project Steering Committee, and Ms. Caitlin Wiesen, UNDP Vietnam Resident Representative.

Speaking at the conference, Mr. Hoang praised the efforts of the Project Management Boards and related parties in completing the 2018 plan. “The project has achieved some significant successes, such as constructing 1,098 resilient houses, supporting the planting and regeneration of nearly 200 hectares of mangroves, and implementing training courses on community-based disaster risk management for more than 15,000 people in 100 communes.”

Ms. Wiesen emphasized, “This is the first project supported by the Green Climate Fund in the ASEAN region. The project has achieved significant successes which are increasingly being noted globally. It also was able to innovate in key areas such as monitoring and evaluation and ensure strong adherence to gender and social safeguards requirements.”

“I hope we can continue the impressive results to achieve the project’s objectives,” she added.

At the meeting, participants discussed the successes and challenges of the project’s implementation in 2018 and proposed solutions for the implementation of the 2019 plan as well as the years to follow. The provinces participating in the project also affirmed their commitment to arrange co-financing for 1,380 safe houses that can withstand floods and storms, and 1,386 hectares of mangroves.

The project started implementation at the end of 2017. Its objective is to improve the resilience of vulnerable coastal communities to climate change-related impacts through safe housing, robust mangrove coverage – to provide a natural buffer between coastal communities and the sea – and enhanced climate risk information to guide climate-resilient and risk-informed planning.

According to the Global Climate Risk Index, between 1997 and 2016, Vietnam ranked eighth among the world’s top ten countries most affected by extreme weather events. Impacts of climate change on its agricultural, forestry and fishery sectors are expected to be severe.

Recognizing the challenges, the Government of Vietnam is engaging with the challenges and taking action, with the support of United Nations partners including UNDP, developing its policy frameworks (the government released a ten-year National Climate Change Strategy in 2011), integrating agriculture into its National Adaptation Plan and developing its National Determined Contributions under the global Paris Agreement for climate action.

Photo of 2008 Hanoi flood by Nguyễn Thanh Quang via Wikipedia.