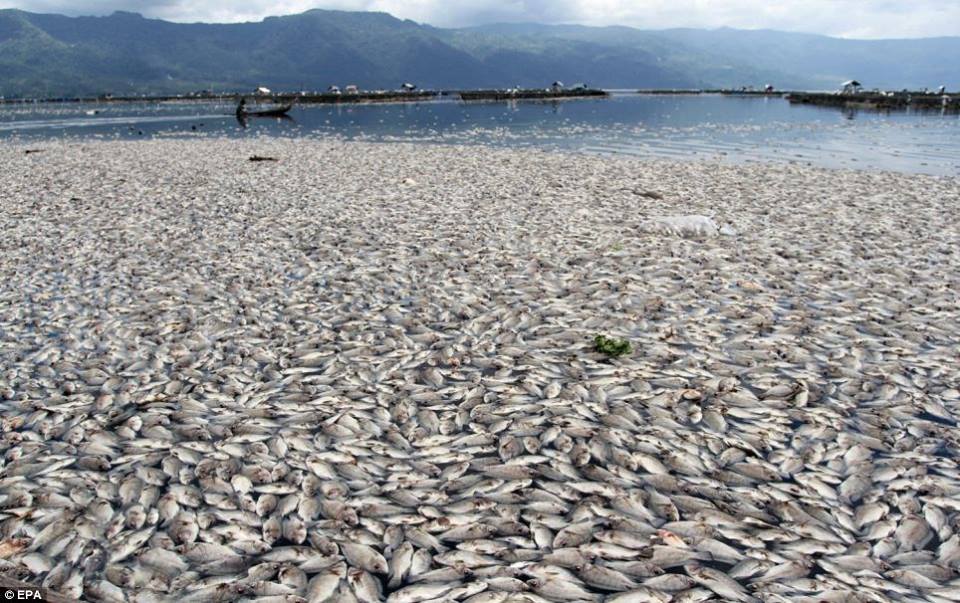 Vietnam‘s central region is expected to take a decade to completely recover from an industrial accident caused by a unit of a Taiwanese conglomerate, which led to Vietnam’s worst ever environmental disaster.

Fish carcasses were reported to be washed up on the beaches of Ha Tinh province starting on April 6, 2016. Later, a large number of dead fish were found on the coast of Ha Tinh and three other provinces (Quang Binh, Quang Tri and Thua Thien Hue) until April 18, 2016.

After months of mystery over the cause of the deaths of the fish, and public outrage against both the Hanoi government and one of the communist state’s largest investors, Formosa agreed in June to pay $500 million in compensation. The Vietnamese government initially denied that the Formosa steel plant was linked to the disaster. In a press conference held on April 27, Vo Tuan Nhan, the Deputy Minister of Natural Resources and Environment claimed that the two main suspects of the marine life destruction were red tide and toxins generated by people. However, the red tide explanation was quickly rejected by the Vietnamese Fisheries Society.

The disaster disrupted the livelihood of fishermen in four provinces in the central coast of Vietnam. On May 4, 2016, the Vietnamese government announced a ban on processing and selling seafood caught within 20 nautical miles of central Vietnam provinces. This was just one day after the Ministry of Natural Resources and Environment claimed that the seafood in the region met safety standards.

According to the local government of Quang Binh, the fishermen of this province had already lost $5.2 million; in addition, the disaster also heavily impacted the tourism industry as nearly 30% tourists canceled their planned tours to the affected provinces for the national holiday season starting on April 30.

The one silver lining of the accident is that it emboldened the Vietnamese public over the course of several months, with coordinated anti-corruption rallies in major cities and an outpouring of social media anger in a display of dissent on a scale not seen during the Communist Party’s 41 years of tight control of the country. The Taiwanese media repeatedly accused the Vietnamese people of unfairly lashing out at Formosa Steel.

As an international corporation with plants located across the world, industrial accidents by Formosa Plastics-owned plants have also occurred in America, with five employees in Illinois killed after an chemical plant explosion and 11 workers injured after an explosion at a Texas chemical plant.

But Formosa Plastics’ longer history of illegal dumping is also evidenced in its dumping of 3,000 tons of mercury waste in Sinhanoukville, Cambodia in 1999 through bribery of government officials, an action which led to the deaths of three villagers. After eventually removing the waste through contracting with the Cambodian army, Formosa Plastics first tried to ship this waste to dispose of it in California and then in Nevada.

The environment in the area has seen some improvement and was expected to be fully restored within 10 years if sufficient rehabilitation work was carried out, it said. Toxicity levels in the sea were under control.

See full Reuters article by My Pham and Mai Nguyen.