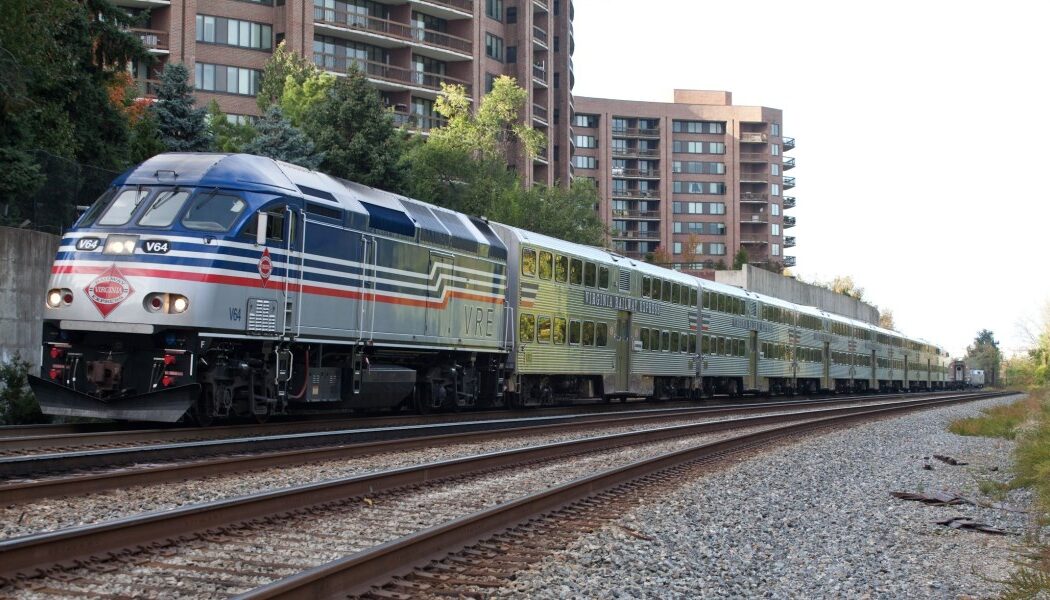 On March 30, 2021, Virginia Governor Ralph Northam announced the state has finalized agreements with Amtrak, CSX, and Virginia Railway Express to launch a $3.7 billion investment to expand and improve passenger, commuter, and freight rail in Virginia and to create a vital connection in America’s national rail network between the Northeast and Southeast corridors.

“We have an unprecedented opportunity to build a 21st century rail system in Virginia and along the entire East Coast,” said Governor Northam.

“This historic initiative will help get people and goods where they need to go more efficiently, reduce congestion and pollution, and create a more inclusive economy. Together with our partners at Amtrak, CSX, and VRE, we are making critical investments that will fundamentally transform our transportation infrastructure, delivering long-term economic benefits for our workers and communities as we rebound from the pandemic and into the future,” he added. 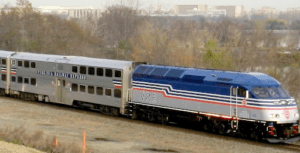 U.S. Secretary of Transportation Pete Buttigieg joined the event at Alexandria, Virgnia’s Amtrak/Virginia Railway Express (VRE) station, highlighting the American Rescue Plan recently passed by Congress and signed into law by President Joe Biden. The American Rescue Plan includes $1.7 billion to get Amtrak employees furloughed due to the pandemic back to work, restore daily long-distance service, and help states cover lost revenue in state-supported routes. It also includes critical funding for transit and rail networks and to keep people connected to jobs, health care, and essential needs and services during the pandemic.

“As President Biden has said; help is here. The American Rescue Plan is providing more than $43.2 billion to support our nation’s transportation needs and our workers during the pandemic,” said Buttigieg. “The plan is helping Amtrak bring back more than 1,200 furloughed employees and restore service to 12 routes. And more broadly, this funding will help transportation providers across the nation avoid layoffs and help support workers who have been on the front lines delivering vaccines, getting people to essential jobs, and getting essential goods to wherever they need to go.”

The finalization of the agreements announced today represents a major milestone that will allow construction to advance on significant rail infrastructure projects in Virginia. The partnering agreements support the construction of a $1.9 billion bridge over the Potomac River dedicated to passenger rail, acquisition of 386 miles of railroad right-of-way and 223 miles of track from CSX, and an investment of more than $1 billion in additional infrastructure improvements by the Commonwealth. These investments will allow Virginia to expand Amtrak and VRE services, create a pathway for the separation of freight and passenger rail in Virginia, and preserve future rail corridors.

“As a daily commuter myself, I fully understand the importance of easing congestion along the I-95 corridor. It was an honor to work with a bipartisan and bicameral coalition to introduce and pass the objectives outlined in The Long Bridge Act of 2020. These improvements will improve the commutes of Virginians who rely on the VRE and Amtrak to travel throughout D.C., Northern Virginia, and Fredericksburg. Finalizing these agreements will also increase the Port of Virginia’s rail network capacity, which needs to increase by 45 percent before 2040 in order to handle a threefold increase in shipments. Transforming Rail in Virginia is an important step towards rebuilding America’s transportation infrastructure,” he continued.

Over the next ten years, this unique partnership will:

The Commonwealth is bringing together Amtrak, state, and regional partners to fund the initiative. The $944 million commitment from Amtrak to be provided over the next decade is nearly 30 percent of the cost of the improvements that will be delivered by the Transforming Rail in Virginia program. In addition, the Commonwealth and Amtrak are entering into a long-term partnership for six new state-supported daily roundtrips, and Amtrak will be Virginia’s exclusive provider of intercity passenger rail service along the I-95 corridor for at least 30 years.

“Amtrak is thrilled to be supporting this game-changing rail investment program as an investor and partner,” said Amtrak CEO Bill Flynn. “Virginia is a model for the nation in recognizing the role passenger rail plays in connecting people and economies. Expanding our state-supported intercity corridors gives us greater opportunities to meaningfully address the carbon crisis and enhance mobility as our population continues to grow.”

The Transforming Rail in Virginia initiative is the Commonwealth’s answer to growing traffic congestion. The population of Virginia is expected to grow from 8.5 million to 10 million over the next 25 years, with 20 percent of that growth expected in Northern Virginia, only compounding congestion problems and putting more pressure on the transportation network.

A recent study of I-95 found that adding just one lane in each direction for 50 miles would cost $12.5 billion, and by the time construction was completed in 10 years, the corridor would be just as congested as it is today. This finding is what led Virginia to rail—a solution that can provide the needed capacity at a third of the cost. Increased passenger rail service will meet the increasing demand not only among Virginians, but throughout the eastern seaboard as an alternative to traveling the heavily congested I-95 corridor.

“Northern Virginia is at the crossroads of the Mid-Atlantic rail network, where the existing Long Bridge is the only rail bridge connecting Virginia to Washington, D.C., creating a choke point for rail traffic between the Southeast and Northeast,” said Congressman Don Beyer, U.S. Representative for Virginia’s Eighth Congressional District. “I worked with a coalition of my colleagues in Congress to authorize and fund a new Long Bridge, an effort that also helped the Commonwealth secure access to the federal land needed for construction of the new Long Bridge. This project is estimated to bring nearly $6 billion annually in benefits to the region by 2040 and is a key component of Transforming Rail in Virginia. That is the kind of progress we need to rebuild the nation’s infrastructure and create jobs, and I’m grateful for everyone who came together to make it a reality.”

Passenger rail performance cannot improve, and service cannot grow, without expanding existing infrastructure. Owned and operated by CSX, the existing Long Bridge over the Potomac River is the only railroad bridge connecting Virginia to the District of Columbia. It is one of the most significant passenger and freight rail bottlenecks along the entire East Coast of the United States and is at 98 percent capacity during peak hours. This program of improvements will directly address these constraints.

“As we see the light at the end of the tunnel with the COVID-19 crisis, we’ll soon see Virginians heading back to work,” said Virginia Senator Mark R. Warner. “In order to reduce congestion and travel times for commuters, we need long-term investments in our rail system. That’s why I was proud to have successfully pushed for the December COVID-19 relief package to allow for the construction of a new Long Bridge on the Potomac River, which will double the capacity of the rail crossing right here in the Commonwealth and with our neighbors in Washington, D.C. Thinking big on our rail projects will not only propel us into the 21st century, but it would help ensure that the Commonwealth remains one of the best places to live and work in the country.”

A new, Virginia-owned, two-track bridge will be built across the Potomac River adjacent to the CSX freight bridge and will be dedicated to passenger and commuter rail. This partnership will expand service and enhance reliability on Virginia’s rail lines, creating a pathway to separate passenger and freight operations along the Richmond to Washington, D.C. corridor. The new bridge will also reduce congestion and improve fluidity for CSX and its customers. This additional efficiency is expected to translate to increased freight rail, removing an additional one million trucks from Virginia and Washington, D.C. roadways each year.

“CSX is pleased to finalize this innovative agreement with the Commonwealth of Virginia that will benefit both passenger rail service and our freight rail customers,” said CSX President and CEO James M. Foote. “CSX appreciates the collaboration with Virginia Department of Rail and Public Transportation and the support of our federal partners, and we look forward to implementing the agreement that addresses commuter traffic challenges in the I-95 corridor while preserving and enhancing our ability to grow freight volumes safely and efficiently.”

Beyond the new Long Bridge, Virginia will acquire half of the rail corridor right-of-way from Washington, D.C., to Petersburg, Virginia, the full extent of CSX ownership from Petersburg to Ridgeway, North Carolina, and the entire corridor from Doswell to Clifton Forge. With the exception of Ashland, the right-of-way from Washington, D.C., to Richmond is wide enough to construct a four-track corridor, with two tracks dedicated to passenger rail, and when fully built out will allow separate passenger and freight movement. The CSX agreement also defines the roles and responsibilities of the parties supporting the 10-year build out of the infrastructure improvements.

“These are exciting times for commuter rail in Virginia,” said VRE CEO Rich Dalton. “Through our funding agreement with the Commonwealth, VRE anticipates providing $200 million toward major infrastructure projects for the Transforming Rail in Virginia initiative. That, combined with more than $800 million in improvements spelled out in VRE’s six-year Capital Improvement Program, will bring our contribution to rail improvements in Virginia to over $1 billion. As these projects come online, VRE will be able to expand service by as much as 60 percent along the RF&P corridor. We are grateful for the vision and support of our federal, state, and regional partners and look forward to providing our exceptional service to even greater numbers of commuters in the years ahead.”

The Transforming Rail in Virginia initiative will grow Virginia’s economy by $2 billion annually and improve the mobility of passenger and freight rail. According to the American Public Transportation Association, every $1 billion invested in rail creates 24,000 highly skilled jobs, and every $1 invested generates $4 in wider economic benefits.

“This initiative represents a historic achievement in expanding and improving the performance of rail transportation,” said Virginia Secretary of Transportation Shannon Valentine. “Together, we are creating a path towards separating passenger and freight rail and building a vital link in our national rail network between the Northeast and Southeast corridors.”

“VPRA is a unique, independent entity designed specifically to own and acquire rail infrastructure, partnering with Amtrak to fund intercity rail operations,” said Jennifer Mitchell, Director of the Virginia Department of Rail and Public Transportation. “Once fully mobilized, the VPRA will oversee the Transforming Rail in Virginia program to promote, sustain, and expand the availability of rail service in the Commonwealth.”

Learn more about the Transforming Rail in Virginia initiative.