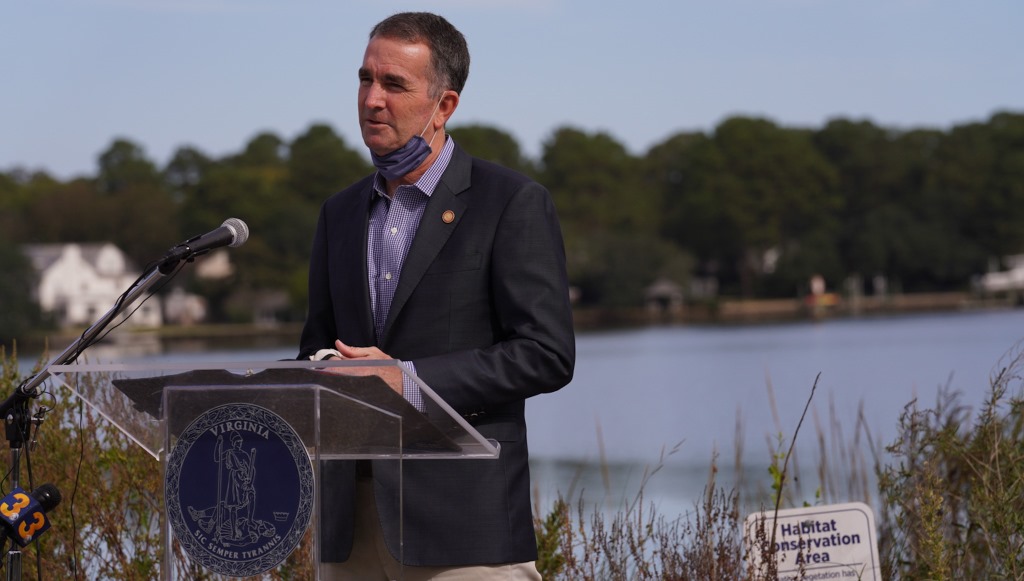 On October 22, 2020, Virginia Governor Ralph Northam released the Virginia Coastal Resilience Master Planning Framework, which lays out the core principles of the Commonwealth’s approach to coastal protection and adaptation.

It will serve as a blueprint for implementing Virginia’s first project-driven Coastal Resilience Master Plan by the end of 2021. Governor Northam made the announcement against the backdrop of the LaValette Avenue Kayak Launch and Fishing Pier in Norfolk where coastal flooding and seal level rise has led to severe tidal intrusion. 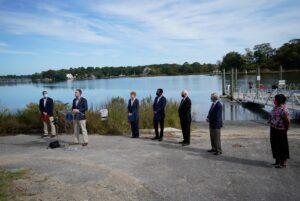 “The pandemic has changed many aspects of our lives, but not the fact that our planet is warming, land is sinking, sea levels are rising, and extreme weather events are more frequent and more severe,” said Governor Northam.

“The science is clear: climate change is threatening our way of life, and there is no time to waste. We must act quickly and decisively—and the Coastal Master Planning Framework will be our roadmap to resilience in coastal Virginia. This innovative, science-based approach uses cost-effective, nature-based, and equitable strategies to protect our people, our communities, our infrastructure, and our economy right now and for generations to come,” he added.

The Virginia Coastal Master Planning Framework is the result of a nearly two-year process initiated by the Governor in Executive Order Twenty-Four involving state agencies, key stakeholders, and local and regional partners to develop mitigation strategies to reduce the near and long term impacts of natural hazards and extreme weather.

his document is a roadmap that puts the full strength of the Commonwealth into creating a comprehensive Coastal Resilience Master Plan that will protect communities, commerce, and the coastal environment. The approach recognizes the scientific and fiscal realities—and challenges—that underserved communities in both urban and rural areas are facing, and emphasizes local and regional efforts to combat flooding and protect people and assets. Governor Northam will take executive action in the coming days to implement important components of the Framework.

Flooding is the most common and costly natural disaster in the Commonwealth and the United States. Along Virginia’s coast, it is exacerbated by pollution-driven global warming, which leads to sea level rise and more extreme weather patterns. And the impacts of sea level rise and flooding are magnified by population density: Virginia’s coastal region is home to more than 70 percent of the Commonwealth’s population. In recent years, these factors, combined with development in flood-prone areas, have increased flood risk in the Commonwealth’s coastal communities. In 2018 and 2019, Virginia experienced nine major flooding events with damaging totaling approximately $1.6 billion. Virginia has the highest rate of sea level rise of any east coast state, putting billions of dollars in private property and public infrastructure in danger.

“While we know that we must protect our most critical infrastructure where it currently exists, that approach is not fiscally realistic or sustainable everywhere. Using natural and nature-based solutions whenever possible will provide the most cost-effective resilience to climate change impacts, while also improving quality of life and protecting the environment,” he explained.

The Framework will also help inform the development of guidance for coastal flood protection grants and loans under the Community Flood Preparedness Fund, to which Governor Northam and the General Assembly have dedicated 45 percent of the revenue from Regional Greenhouse Gas Initiative carbon credit auctions that begin next spring. These auctions are estimated to generate approximately $500 million over the next decade to address coastal and riverine flooding statewide. This significant stream of dedicated revenue will help ensure progress in implementing the Framework and Master Plan.

“This Framework is the most significant, collaborative effort on resilience the Commonwealth has ever undertaken,” said Special Assistant to the Governor for Coastal Adaptation and Protection Rear Admiral (Retired) Ann C. Phillips.

“This innovative approach to coastal adaptation and protection was created based on the input and experience of state, federal, regional, and community stakeholders and experts. I look forward to engaging with communities across the coastal region as we continue to develop Virginia’s first Coastal Resilience Master Plan,” she continued.

Photos courtesy of the office of Governor Northam.