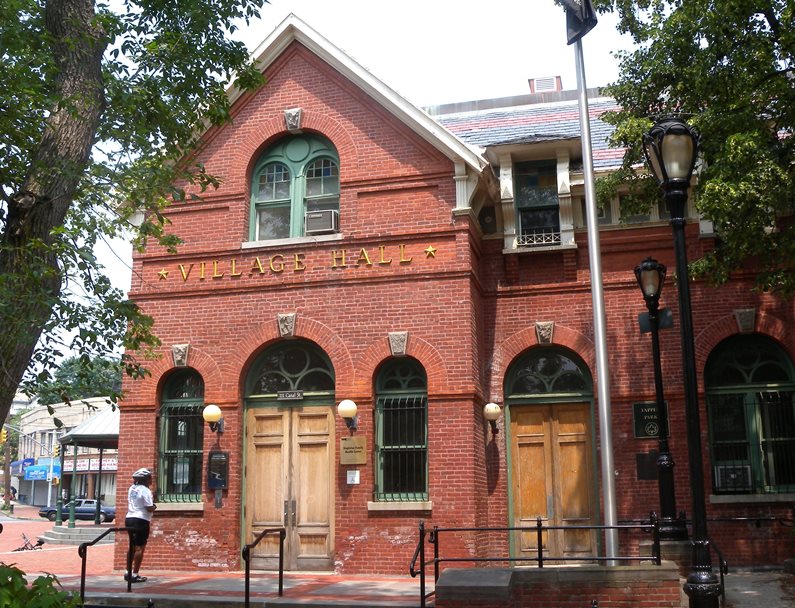 Stapleton is a neighborhood in northeastern Staten Island in New York City. It’s located along the waterfront of Upper New York Bay.

Stapleton is one of the older waterfront neighborhoods of the borough, built in the 1830s on land once owned by the Vanderbilt family. It was a long-time commercial center of the island, but has struggled to revive after several decades of neglect following the building in 1964 of the Verrazano-Narrows Bridge, which shifted the commercial development of the island to its interior.

Long ago, Stapleton became a center for beer production because of its springs (for fresh water), and its caves (for storage before refrigeration). It had more than a half-dozen breweries in the late 1800s, but only Rubsam & Horrmann survived Prohibition; Piel’s bought it in 1953 and closed it a decade later. Its building, on Canal Street, was razed in the 1970s, and the land is mostly still vacant.

But a mini-wave of buyers and renters is now revitalizing aged houses, while new cafes and restaurants are breathing life into tired blocks, says Tricia Ryan, 40, a resident since 2002. Some of those blocks “are starting to look better,” Ms. Ryan said.

Ms. Ryan, who works as a compliance specialist for a utility company, is also president of the Mud Lane Society for the Renaissance of Historic Stapleton, a preservation group. She and her husband, Shea, 39, an English teacher, own a six-bedroom 1899 wood-frame house, which they share with their two young children. They bought it for $350,000 in 2002, relocating from a rental in the Inwood section of Manhattan.

In Stapleton, where a once-thriving brewing industry ended its run in the 1960s, predictions of revivals have come and gone. “There have been fits and starts,” Ms. Ryan admitted. “But slowly and surely, things are improving.”

What’s more, the Stapleton waterfront is adding a stylish rental complex, Urby Staten Island, on the site of a former naval base.