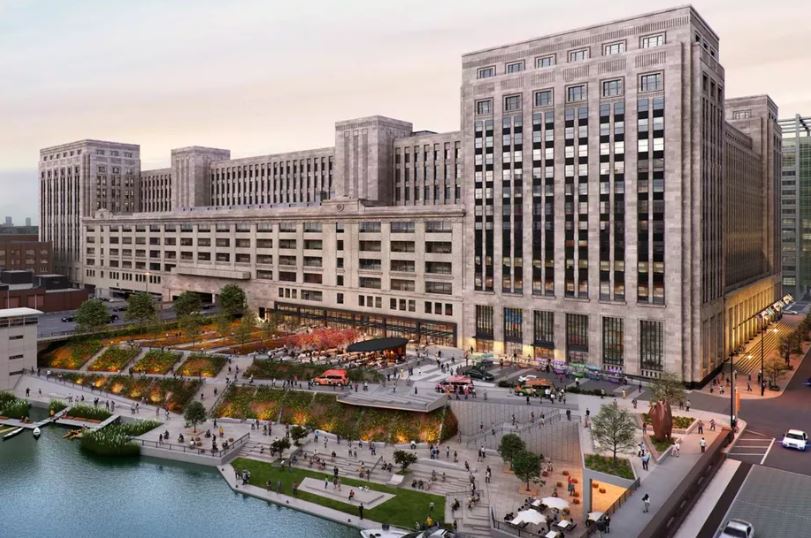 On June 15, 2018 Walgreens announced that it plans to open a new office in Chicago, Illinois, where approximately 1800 employees will be based. The new office will include approximately 200,000 square feet in the newly-renovated, historic Old Post Office building.

The Old Post Office building allows Walgreens to increase its presence in Chicago, where the company was founded in 1901. The downtown location will help them attract and retain the best talent, since fewer young people are willing to suffer the commutes inherent in suburban locations these days. 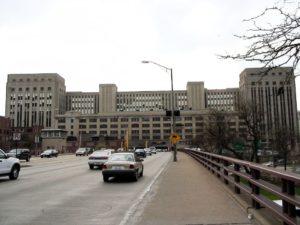 Old Post Office prior to redevelopment.Photo by Brianbobcat via Wikipedia.

The Old Chicago Main Post Office is a nine-story-tall building was designed by Graham, Anderson, Probst & White, and built in 1921, and was significantly expanded in 1932. The extra capacity was needed to serve Chicago’s huge increase in postal business, resulting in large part from the mail-order businesses of Montgomery Ward (then the largest retailer in the United States) and its main competitor, Sears. On May 13, 2016 the building was sold by British real estate developer Bill Davies, who died the next day.

The 1800 people expected to work at the new space will include approximately 1300 positions that will relocate to Chicago. This will be the largest number of corporate employees Walgreens has ever had based in Chicago.

Walgreens Boots Alliance will remain headquartered in north suburban Deerfield, Illinois, where approximately 3,200 employees are expected to continue to work. 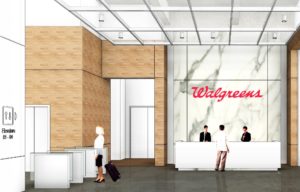 Alex Gourlay, president of Walgreens, said, “Investing in our infrastructure and building our digital and technical capabilities are essential elements of our business transformation strategy, as we work to improve access for our customers and enhance the customer experience. The space in the iconic Old Post Office building allows us to attract and retain the best talent from all of Chicagoland.”

The space expands the company’s Technology Center of Excellence launched last year. It further combines the company’s retail pharmacy technology teams with the digital, mobile and e-commerce teams who currently work in the City. 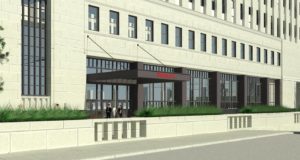 As part of the new space, Walgreens will relocate its digital office—which is currently in the Sullivan Center at 36 S. Wabash Avenue—to The Old Post Office building.

“Walgreens was born in Chicago with one small pharmacy on the South Side, and their big new presence in one of our city’s most iconic locations is a great way to look to the future,” said Mayor Rahm Emanuel.

“This is a smart decision by an innovative company, it will contribute to our city’s thriving tech sector, and we are looking forward to cutting the ribbon and welcoming 1,800 members of the Walgreens team to Chicago,” he concluded.

The new office at The Old Post Office is anticipated to open in fall 2019.