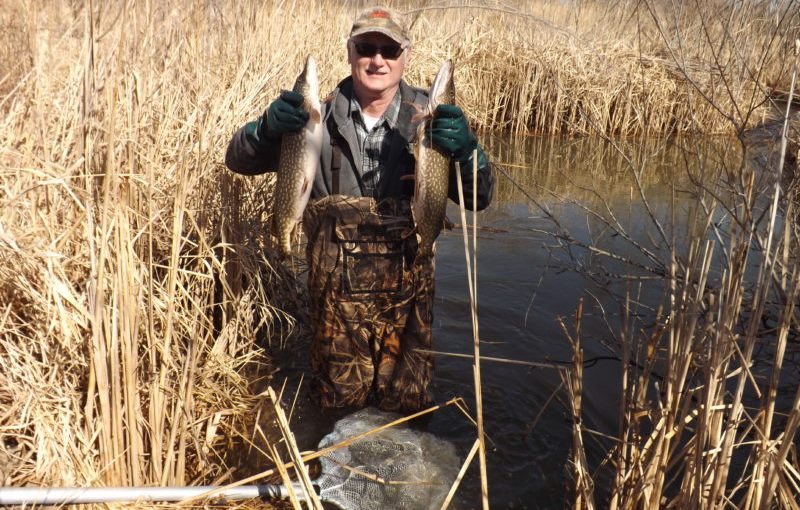 Northern Pike are the second largest predator fish in the bay of Green Bay in Wisconsin. Green Bay is a fertile estuary of the Fox River, and an arm of Lake Michigan.

Walleye restoration has been a success story, but the depleted Northern Pike population, along with the recovering but a still small population of Muskellunge, has led to an unbalanced predator/prey balance on the bay, strongly tipped toward forage fish such as Gizzard Shad or White Perch.

To begin our work, we found surprisingly little research on Green Bay’s Northern Pike. We relied on past work from Dick Rost– retired Wisconsin Department of Natural Resources fish technician and others to form specifics of our restoration plan.

Since 2007, we have completed 50 wetland restorations or impediment removals on streams and road ditches on Green Bay’s west shore, primarily in the Village of Suamico and Town of Pittsfield.

We’ve found that completed wetland restorations benefit many species of amphibians, waterfowl, reptiles and other fish species. They either live in the restored habitat or use it to reproduce.