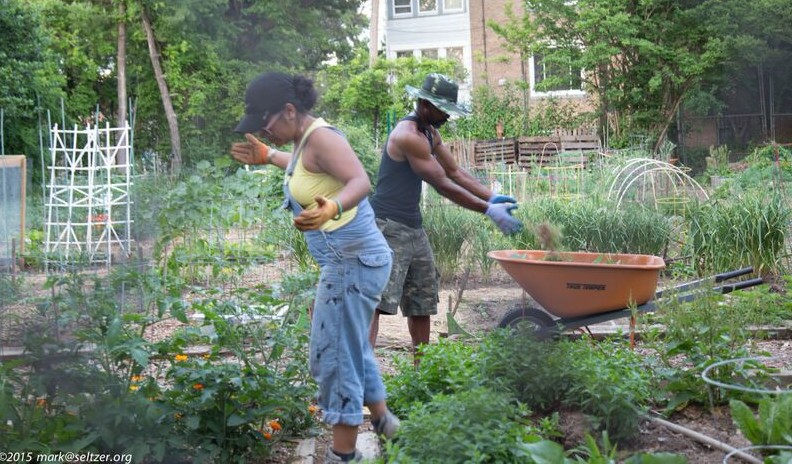 At 2,600 community garden plots, Washington, DC has now surpassed Portland, Madison, and San Francisco in the number of plots per capita.

Since the Rooting DC forum started offering an annual day of urban agriculture workshops, an information fair, and piles of free seeds in 2008, attendance has bolted from 125 to 1,400.

In addition to private classes, the farm-curious can look to the D.C. Department of Parks and Recreation (DPR) for everything from Urban Garden 101 to classes on vertical gardening and urban fruit trees. Participants can take their garden bounty up a notch with workshops like How to Make Kefir and Garden Tinctures.

So what made 2015 the year of the great D.C. garden boom? Those watching the growth say a number of factors converged to make this happen.

Lauren Shwebel Beil, executive director of DC Greens, an organization that links food organizations around the city and now runs Rooting DC, says the reasons vary. “Some people are interested in growing their own food for economic or health reasons. Some people are ‘ag-curious’ because it has an aura of cool around it. For many, it’s a way of reclaiming the food system and rejecting processed or factory-farmed food,” she says.

Walter Allen, a longtime gardener and manager of the Hillcrest Garden in southeast Washington, who holds a doctoral degree in holistic studies, says the expansion is only natural. Growing your own food is en vogue, he admits. “But that trend has helped us to be reminded of our agricultural background, our agricultural legacy.”

Recent legislation also supports a plant-friendly environment. The DC Healthy Schools Act, passed in 2010, led to more demand for locally grown food in cafeterias and a proliferation of school gardens. The Urban Farming and Food Security Act of 2014 requires the mayor to set aside vacant lots for urban farming and offers tax incentives to anyone who leases land for agricultural use.