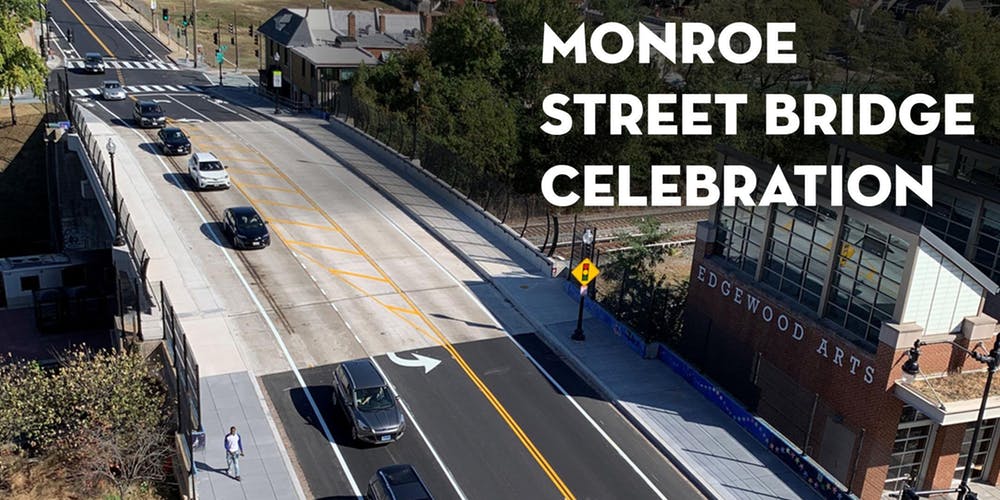 The project, managed by the District Department of Transportation (DDOT), replaced an 86-year-old structurally-deficient bridge with new infrastructure that improves safety for pedestrians, cyclists, and vehicular traffic in the corridor.

Since January 2015, the Bowser administration has reduced the District’s inventory of structurally deficient bridges by 64%, from eleven to four.

“To keep the District growing and thriving, we must invest in the health of our roads, bridges, and sidewalks – especially in heavily traveled corridors like Monroe Street,” said Mayor Bowser.

“By working together and keeping our city’s infrastructure a top priority, we can make sure that no matter how you travel around DC – whether by car, bus, train, bike, scooter – you can do so safely and efficiently,” she added.

$12.7 million was invested in replacing the bridge, which features significant upgrades including new sidewalks, bike lanes, and traffic signals.

Although the bridge received a major rehabilitation in 1974, prior to the beginning of construction in August 2017, the aged bridge was severely cracked and depressed and showed extensive damage and corrosion to the concrete.

“This project represents true coordination and partnership with the Ward 5 community to deliver a new bridge that is safer for all users of the roadway,” said DDOT Director Jeff Marootian.

“We are excited to deliver this project and advance Mayor Bowser’s Vision Zero goals to build a safer transportation network,” he added.

DDOT is working to get all roads, alleys, and sidewalks to a state of good repair by 2024 through the PaveDC initiative. The District’s remaining structurally deficient bridges are being replaced or repaired through infrastructure improvement projects.

Photo (from EventBrite invitation to the celebration) courtesy of DC Mayor’s office.