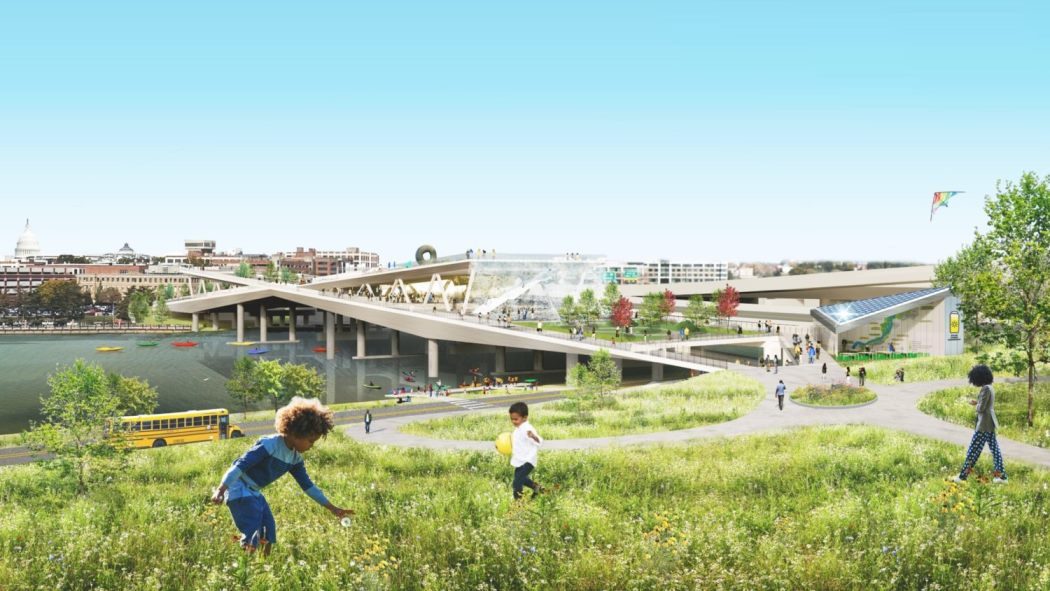 On July 23, 2019, one of my favorite projects in the world (and not just because it’s local) received a $5 million present.

Thhat was when Exelon Corporation—and its local (Washington, DC) energy companies Pepco and Constellation—announced a $5 million gift to support efforts by the nonprofit Building Bridges Across the River (BBAR) to create the 11th Street Bridge Park (which has been featured several times here in REVITALIZATION).

Located on the piers of the former 11th Street Bridge spanning the Anacostia River, the District of Columbia’s first elevated public park will connect and revitalize two long-divided communities by repurposing and renewing an old, unused space to provide a new venue for healthy recreation, environmental education and the arts.

Exelon, Pepco and Constellation’s pioneering philanthropic commitment will support the creation of the park’s Environmental Education Center, a state-of-the art, environmentally-friendly public space designed to inspire the next generation of river stewards in the nation’s capital. 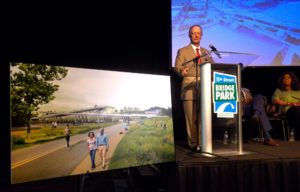 “As the nation’s leading provider of clean power, Exelon and our energy companies Pepco and Constellation are proud to join BBAR in efforts to improve the District’s environment and contribute to fostering healthy, vibrant communities for generations to come,” said William Von Hoene, Jr., Exelon’s executive vice president and chief strategy officer and member of BBAR’s Board of Directors.

“We hope this community investment inspires other companies, individuals and foundations to recognize the enormous potential that this new public space will have to literally and metaphorically bridge DC,” he added.

The Environmental Education Center will be powered by solar panels donated by Constellation. Within the center, a 3,230 square foot multifunction room will provide space for up to 90 students to gather for lectures, film screenings or activities before exploring learning gardens populated with local flora and fauna. Programming for the center will be run in partnership with the Anacostia Watershed Society.

With this $5 million commitment, Building Bridges Across the River has secured over $111 million towards a $139 million capital campaign goal that includes both bricks and mortar for the park and investments in affordable housing, workforce development and small business and cultural equity strategies.

Design for the 11th Street Bridge Park began in October 2014 after a seven-month competition to create the vision for the project, from which the design team of OMA+OLIN was selected. The Bridge Park project also drew on an extensive community outreach and a consultative process, anchored by more than 1,000 stakeholder meetings for design, development and impact. Pre-construction began in 2016 and the Park is expected to open by 2023.

“I am so looking forward to the 11th Street Bridge Park,” said Congresswoman Eleanor Holmes Norton. “There has never been a park like this in the United States! I also want to note the outstanding work of the Bridge Park team to bring affordable housing, workforce development, and investing in small businesses to ensure local residents can stay and thrive in place.”

Rendering courtesy of Building Bridges Across the River.