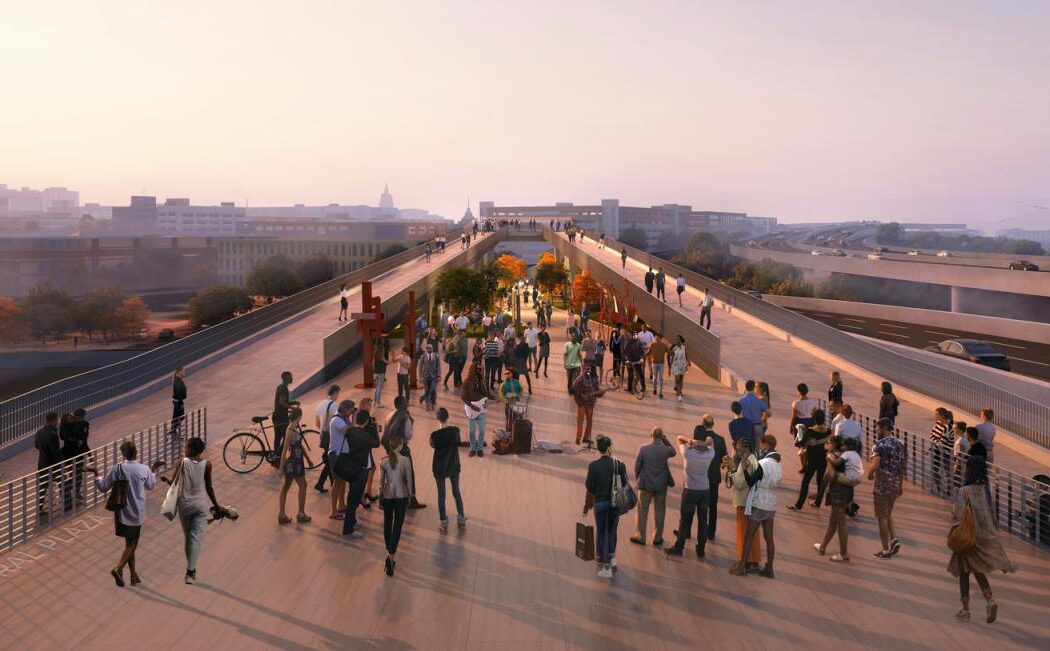 Long-time REVITALIZATION readers are familiar with Washington, DC’s visionary 11th Street Bridge Park, as a result of the half-dozen news articles we’ve published about it, along with this Guest Article, co-written by the 11th Street Bridge Park organization’s Executive Director, Scott Kratz and Adam Kent, Program Officer in the DC office of the Local Initiatives Support Corporation (LISC). 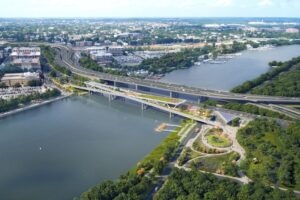 Now, on September 29, 2021, the architectural firm OMA/Jason Long, together with landscape architects OLIN, structural engineers WRA and other members of the 11th Street Bridge Park design team marked major milestones in the planning and design of the 11th Street Bridge Park since review and approval of plans by the National Capital Planning Commission (NCPC) back at the beginning of April in 2020.

The park is a great example of RECONOMICS Institute‘s ubiquitous, super-successful 3Re Strategy (repurpose, renew, reconnect) at work, in that it is repurposing the bridge supports from the old, demolished 11th Street Bridge, renewing the space on both ends of the bridge (especially by restoring Anacostia Park) and reconnecting the east and west sides of the Anacostia River to help revitalize both.

The team is nearing completion of intermediate design (65%) and will move into final construction plans this fall. 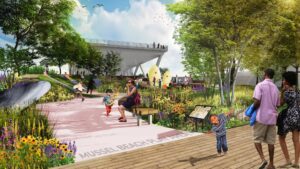 The project has also met 85% of its Capital Campaign development effort goal, with $118 million of the $139 million total project budget secured.

In a demonstration of continued support for the project, approximately $30.3 million allocated to the project was maintained in Washington DC’s new 2022 budget.

The District of Columbia is expected to support the project over the next five years.

Since receiving approval and positive feedback from the U.S. Commission of Fine Arts, the design team has further refined and improved program areas across the bridge park, which are revealed through new renderings. 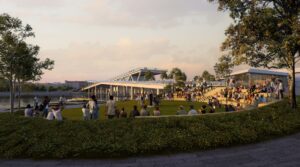 The amphitheater, a main gathering space, has been shifted from the elevated deck to the bridge’s east entry within Anacostia Park to expand capacity up to about 250 people and bring this key program closer to the Anacostia community.

Finishes and plantings site-wide have also been refined. 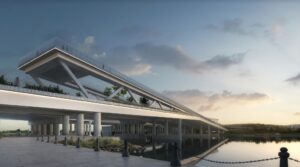 On October 6, 2021, the team, along with the client (Building Bridges Across the River) hosted a major community meeting to update residents on the project’s progress and solicit additional feedback.

The next design presentation to the U.S. Commission of Fine Arts will take place this November.

The design of the 11th Street Bridge Park is led by OMA Partner Jason Long with Associate Yusef Ali Dennis, out of OMA New York.