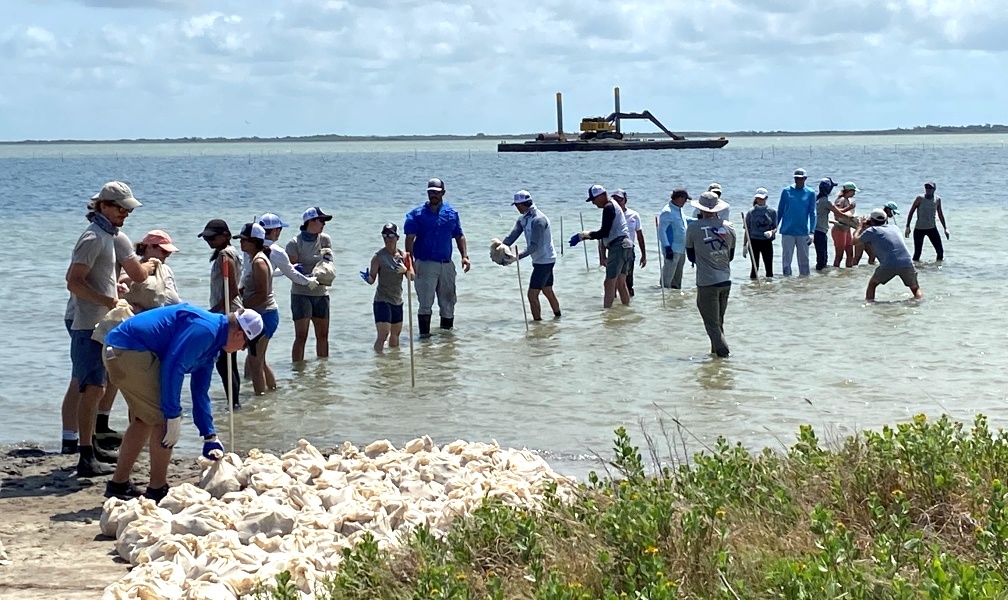 But do they also help restore our global climate by sequestering significant amounts of carbon?

On June 6, 2022, Yamaha Rightwaters announced that they had joined forces with Texas A&M University-Corpus Christi’s Harte Research Institute and the Coastal Conservation Association (CCA) to answer exactly that question.

They have initiated a new restoration research project in Texas, designed to evaluate the role of oyster reefs in capturing and storing carbon in St. Charles Bay in the Gulf of Mexico. The ultimate goal is to then potentially scale the program to a larger scope.

“Yamaha Rightwaters promotes sustainability, conservation and research in the United States and worldwide. The Harte Research Institute’s oyster study is the perfect example the meaningful research projects we look to support,” he added.

The Harte Research Institute is currently studying the viability and effectiveness of “recycling” oyster shells typically discarded or sold by area restaurants to rebuild or reestablish oyster reefs. These reefs make it easier for oyster larvae to find suitable places to attach and grow.

While the group hand-filled dozens of biodegradable cellulose bags with shells and placed them in shallow water, a large barge with a backhoe deposited tons of reclaimed oyster shells into deeper water, complementing the shallow water restoration effort.

The project takes aim at a current challenge. According to The Nature Conservancy, at least 50 percent of the original oyster reefs along the Gulf coast have disappeared, challenged by over-harvest, hurricanes, drought and floods in the last decade.

“Once the reefs are established, they provide valuable habitat for fish, shrimp and crabs, as well as oysters,” said Dr. Jennifer Pollack, Chair of Coastal Conservation and Restoration at the Harte Research Institute. “Oyster reefs also protect shorelines from erosion because they form natural, living breakwaters. We are also learning about the role that oysters play in capturing and storing carbon from the atmosphere.”

The National Coastal Conservation Association (CCA) joined Yamaha Rightwaters as a financial sponsor of the oyster study. Founded in 1977, CCA advocates for marine restoration and conservation.

“CCA has been a part of any number of projects, but this is where some of the most important science is going on right now for anglers in Texas and all over the country,” said CCA President Pat Murray.

“Number one, this project is building oyster reefs, critical for the marine ecosystem, but it’s also establishing areas where science will quantify the carbon sequestration value of oysters. Among the many issues challenging us today, reducing carbon dioxide is clearly a priority for a better future for our nation and the world,” he concluded.

Yamaha Rightwaters is a national sustainability program that encompasses all of Yamaha Marine’s restoration, conservation and water quality improvement efforts.