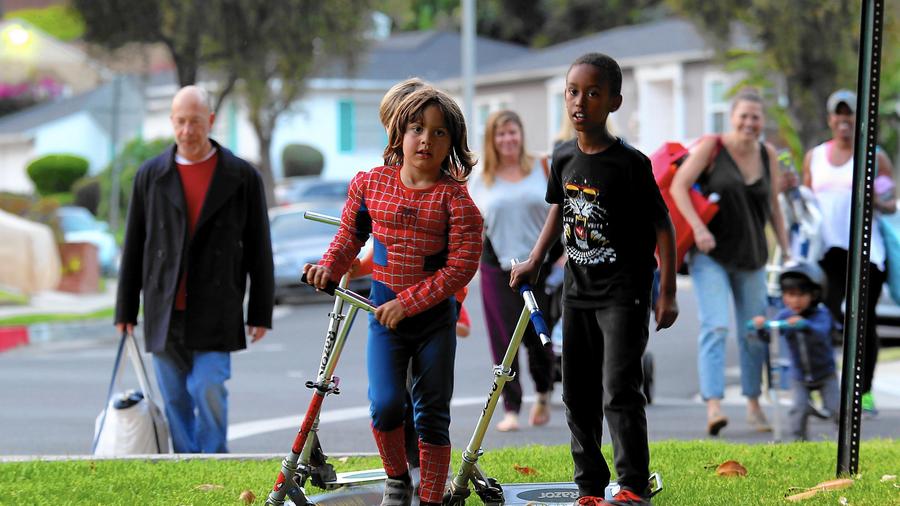 Longtime residents of the Los Angeles, California neighborhood of View Park have a thinly veiled code for the signs of change they see in their upscale neighborhood: “joggers” … “dog walkers.”

“It’s like an alien sighting,” says Karen Martin, who grew up in this hilltop community framed by La Brea Avenue and Crenshaw Boulevard. “We never saw them before.”

But now they are back. White people. With fluffy dogs. And fluorescent Spandex.

And for some longtime residents who cherish View Park as a symbol of African American success and a stronghold of black culture, that’s unsettling.

Residents of View Park, with its curving, palm-lined streets, stunning views and movie star quality homes, have for decades fought any proposal that they thought threatened their neighborhood’s special qualities — including its solid sense of African American identity.

Now a move that strikes many as an accolade — an effort to put View Park on the National Register of Historic Places — has blown up into a particularly contentious fight.

Some residents covet this honor for a community whose proud past is part of what makes it feel like home.

Others fear that the designation is a ploy to lure in white buyers who can no longer afford to turn up their noses at black neighborhoods now that Westside real estate has gone through the roof.