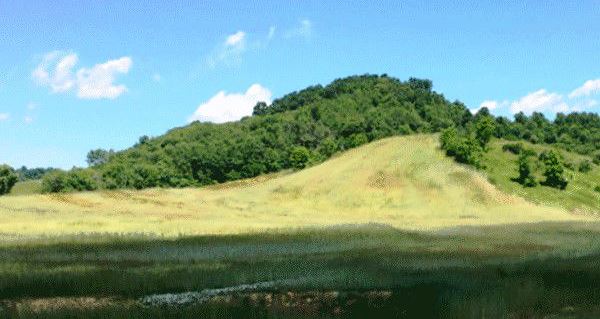 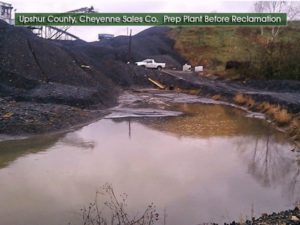 Photo at top of article is this same site after remediation and restoration.

Reclamation of the Carson One Mining location, which had been a deep coal mine, coal prep plant and coal refuse area, cost a total of $2.7 million. Reclamation of the Cheyenne Sales Company site, which was a coal prep and cleaning plant in Hodgesville, cost $2.1 million.

Both cleanups were paid for by taxpayers, since federal and state laws (written by politicians owned by mining companies) traditionally allows the firms to profit from the extraction of publicly-owned resources, and then declare bankruptcy repeatedly to avoid paying to restore the environmental damage they did. It’s basically a welfare system for wealthy mine owners.

The sites were producing acidic water, which poisons streams. This damages the local recreational economies by wiping out trout and other game fish, and hurts public healthy, since many West Virginia residents rely on those streams for their drinking water.

“We finished up on those sites late summer, early fall. What we found so far is … they are no longer producing bad water,” Phillips said.

There are approximately 300,000 abandoned mines in the Appalachian region, most of which are poisoning their watersheds.

Photo courtesy of the West Virginia Department of Environmental Protection.

Read full article by JoAnne Snoderly in The Exponent Telegram.