With states across the country generating impressive ROIs (return on investment) on their brownfields programs—such as 44:1 in Minnesota—it’s little wonder that the EPA Brownfields Program enjoys bipartisan support. 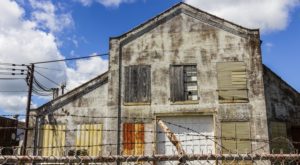 This was demonstrated once again on November 30, 2017, when the U.S. House of Representatives reauthorized the program with a 409-8 vote.

Sponsored by northern West Virginia Representative David McKinley, the Brownfields Enhancement, Economic Redevelopment, and Reauthorization Act of 2017 extends the EPA’s brownfields program through 2022, and authorizes new funding for it.

The House bill reauthorizes the program at the $200 million level annually. It authorizes $50 million in annual grants for states and Native American Tribes, and it tweaks several aspects of the program, including multipurpose grants and the law’s funding caps. 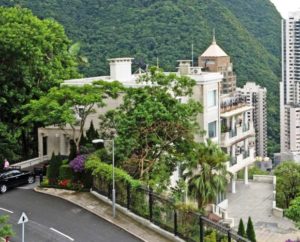 But let’s put that pathetic $50 million in perspective: Jack Ma, the CEO of Chinese online giant Alibaba, paid almost four times that amount for a single house in 2015. The funding should be 100 times $50,000,000. Why? Let’s look at the difference that money is making in West Virginia.

With three signed letters of intent already in his back pocket, Pat Ford said the old Follansbee Steel site in Brooke County, West Virginia could soon be off his “available properties” list.

“We could not have done that without $54,000 in U.S. EPA brownfield money,” said Ford, executive director of the Business Development Corporation of the Northern Panhandle. “It’s probably the single most important source for ‘front-end’ money for economic development of any federal program.”

Since its inception in 1995, EPA’s Brownfields Program has provided grants and technical assistance to help communities assess, clean up and reuse old industrial properties.

Those grants — the “front-end” money Ford’s talking about — help pay for the assessments that help the development community identify, characterize, assess and acquire properties.

“Since 2009, the BDC has received $2.3 million in EPA funding for 17 properties in Brooke and Hancock counties,” said Ford, pointing out most of the “really attractive” sites along the river corridors in West Virginia are brownfield properties that at one time housed steel, coal, glass or chemical operations.

Land revitalization is the sustainable redevelopment of abandoned properties. The program encourages communities and land owners to reuse and redevelop land that was previously contaminated and turns it into public parks, restored wetlands, and new businesses. Revitalizing an area cleans up a community to make it safer, greener, and offers more jobs to its residents.

Photo by BDC shows Chester, West Virginia’s new Rock Springs Business Park, created on a brownfield that was remediated with the help of over $550,000 from EPA.

See article by Linda Harris in The Exponent Telegram.

See article by Taylor Stuck in The Herald-Dispatch.