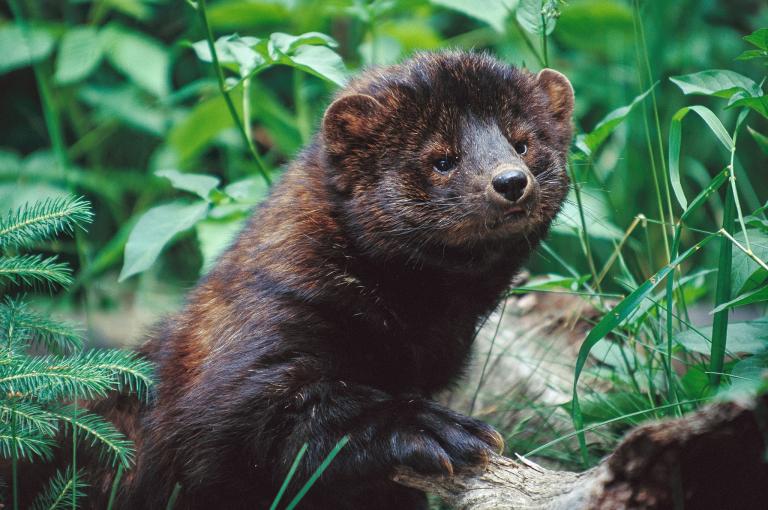 On April 14, 2016, the Weyerhaeuser Company announced plans to commit up to 3 million acres of private timberland in Washington and Oregon to support a variety of conservation efforts focused on reintroducing the North American Fisher (Fisher) throughout the West.

The Fisher reintroduction and conservation effort is being led by a variety of partners including: U.S. Fish & Wildlife Service (USFWS), state wildlife agencies, conservation organizations and private forestland owners, like Weyerhaeuser.

Today, the USFWS took a constructive step by recognizing the positive benefits of working forests when it determined the Fisher is not warranted for listing as a threatened or endangered species in the Northwest. Instead, it will cooperatively work with private landowners to encourage Fisher conservation. The USFWS has structured conservation agreements with private forestland owners like Weyerhaeuser, which are called Candidate Conservation Agreements with Assurances (CCAAs). The agreements last for 20 years.

“Weyerhaeuser’s working forests are perfect partners for wildlife conservation efforts because they are continually managed,” said Rhonda Hunter, Weyerhaeuser’s senior vice president for timberlands. “Private timberlands held by companies like Weyerhaeuser are attractive habitats for animals, like the Fisher. Sustainability is a core value at Weyerhaeuser, and we’re proud to be part of this program.”

The Fisher is one of the larger members of the weasel family and is found only in North America’s boreal and temperate forests. Fisher populations in Washington and Oregon were reduced dramatically in the 1800s and early 1900s through trapping, and predator and pest control. Efforts to reintroduce Fishers in parts of their historic range continue to expand their current distribution. 90 Fishers were relocated from British Columbia to Olympic National Park between 2008 and 2010, and 60 more mating pairs are planned be relocated to Pacific Northwest forests – 40 in Washington and 20 in Oregon – in the next few years.

A CCAA is a voluntary agreement whereby landowners agree to manage their lands to remove or reduce threats to a species and in return, receive assurances against additional regulatory requirements should that species ever be listed under the Endangered Species Act.

As part of the agreement, Weyerhaeuser will work with state agencies in Washington and Oregon to support the species’ introduction in both states by monitoring Fishers and their dens. In the event that a den site is found on its property, the company will limit harvesting, trapping, or other activities that may harm or disturb Fishers or their young within a quarter mile of active denning sites; and provide voluntary financial or other in-kind contributions to support the Fisher’s reintroduction to its natural habitat.

Sustainably managing forests is a core objective of Weyerhaeuser’s management strategy. The forests the company manages in the western United States host more than 250 native vertebrate species. The immense variety of forest ages and structures available on Weyerhaeuser’s land, as well as on adjacent public forest land in Washington and Oregon, means the company can provide a wide range of habitat diversity for native species. In Washington State alone, the company has contributed more than 200,000 acres to conservation initiatives through land exchanges, sales, donations and conservation easements. Adding up to 3 million acres to support Fisher conservation strengthens this important commitment.

“America’s working forests and the professionals that manage them play a vital role in supporting our nation’s habitat conservation goals,” continued Hunter. “We applaud the decision by the USFWS to adopt a voluntary, cooperative approach to Fisher conservation. Weyerhaeuser takes environmental sustainability and its responsibility to our communities seriously and these CCAAs are examples of the positive impact we will continue to have.”