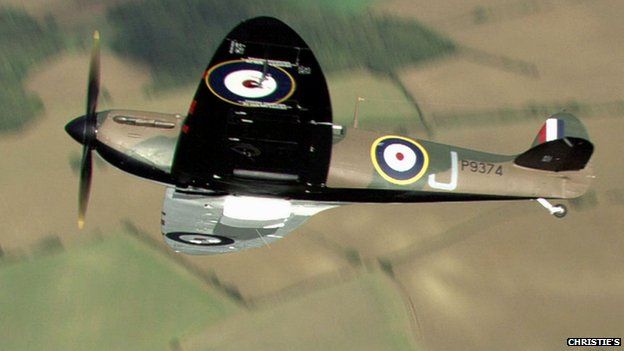 A rare example of one of the world’s most iconic aircraft, a Mark 1 Spitfire that was painstakingly restored after being shot down during World War Two will be sold at Christie’s.

While 22,500 Spitfires were originally built, just 56 are still airworthy, and most of these are later versions of the aircraft. There are only four Mark 1s still flying.

The sale on July 9. 2015 has thrown the spotlight on Britain’s burgeoning vintage aviation restoration scene. Air displays are increasingly popular – the demand to see examples of rare and often unique aircraft seems never to have been higher.

Back in May 1940, Spitfire P9374 was being flown by Flying Officer Peter Cazenove when he was shot-down. Successfully crash-landing on Calais beach he radioed: “Tell mother I’ll be home for tea.” Sadly, getting back home for tea took longer than he hoped. He was captured and spent the rest of the war as a prisoner. His Spitfire sank into the sands and was forgotten about.

Then in 1980, winds and tides uncovered it again.

After languishing in storage, it was eventually bought by US billionaire and philanthropist Thomas Kaplan. When he found the wrecks of two Mark 1 Spitfires, he decided to restore them both to flight – and to exactly as they had been when they crashed – with no compromises.

Both of Thomas Kaplan’s Spitfires ended up at one of Europe’s biggest aviation restoration specialists, The Aircraft Restoration Company (ARC) at Duxford.