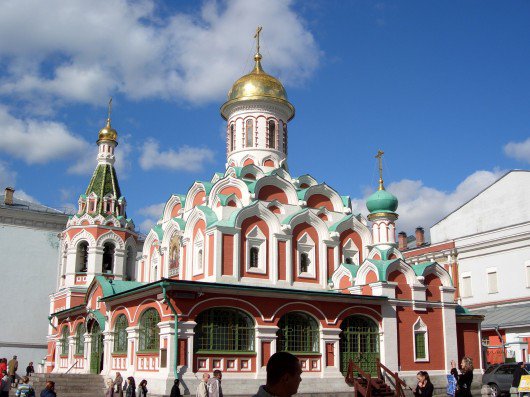 Is there a growing nostalgia pervading attitudes to civic architecture in Europe? From Berlin’s new Royal Palace on the River Spree to Turkey’s rekindled fascination with their Ottoman heritage, architecture is becoming the medium of choice for exploring a city’s roots and a people’s past.

A retro building craze that has been embraced around Europe with the reconstruction of historic buildings long lost to bombs, fires and wrecking balls. Governments and developers have decided that the way to the future lies in looking backwards.

Moscow embarked on such rebuilding by bringing back the Soviet-demolished Kazan Cathedral in 1993 and the Cathedral of Christ the Saviour in 2000. In 2005, Dresden resurrected its baroque Frauenkirche, destroyed by allied bombing back in 1945. When Vilnius rebuilt its Palace of the Grand Dukes in 2009, the building had been gone 208 years.

Potsdam has just reopened its own City Palace, ruined in the war and cleared in the 60s. Dresden and Frankfurt are also recreating long-since demolished marketplaces, while Warsaw – with an already reconstructed historical centre – has plans to rebuild its Saxon and Bruhl palaces.

Britain has joined in with a planned reconstruction of the Crystal Palace. Even cities lacking ancient models have just gone ahead and invented them. The largely modern Macedonian capital Skopje is now restyling its centre, filling its squares with supersized, entirely new neoclassical statuary.

Several new buildings in Turkey follow this pattern. In recent years, the country has been gripped by nostalgia for Turkey’s imperial Ottoman past, just as politicians advocating traditional values have come to dominate the establishment.