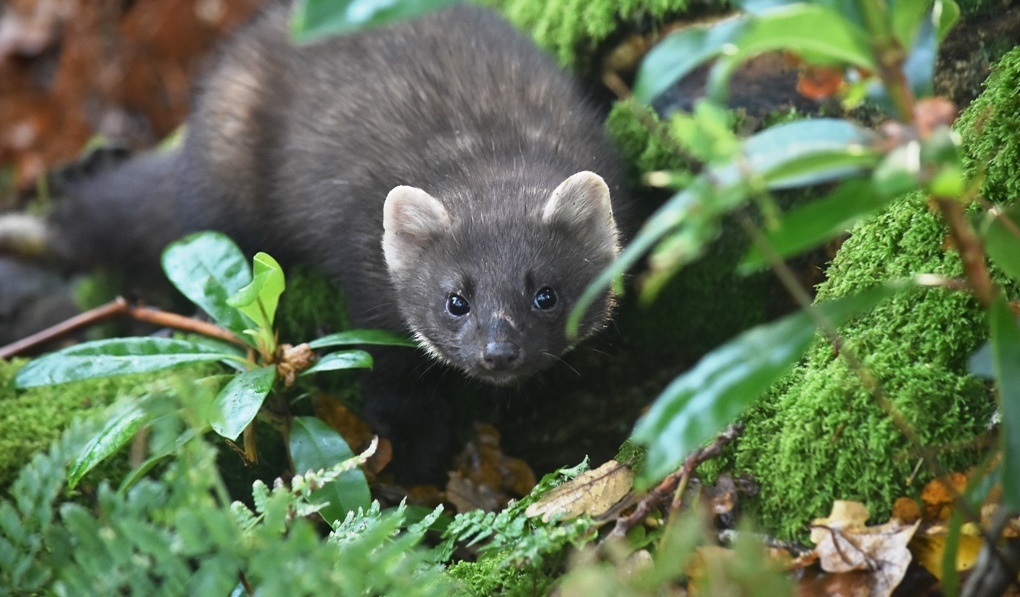 Here’s a great example of why restoring one native species can help restore another, and simultaneously help rid the ecosystem of invasive species. 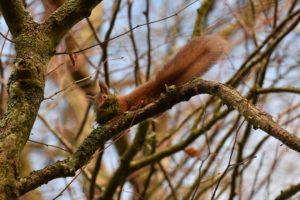 The research reveals how a native predator, the pine marten, is helping to conserve the UK and Ireland’s only native squirrel, the red squirrel.

Following introductions in the nineteenth and twentieth centuries, the invasive grey squirrel from North America had replaced the native red squirrel across much of its former range in the UK and Ireland.

The pine marten, a recovering predator in the UK and Ireland are naturally controlling introduced grey squirrels, while simultaneously helping to secure the survival of native red squirrel populations.

Until now, little was known about how the pine marten which predates both grey and red squirrels was able to negatively affect invasive grey squirrel populations while positively affecting their native cousins.

Through the exposure of red and grey squirrels to pine marten scent at twenty feeding sites across Northern Ireland, the researchers used cameras to record how the different squirrel species responded to their shared predator, the pine marten.

If invasive species lack behavioral responses to recovering native predators with whom they do not share evolutionary history; the ongoing predator recovery in Europe could have immense potential to restore and regulate ecosystems our fractured ecosystems. 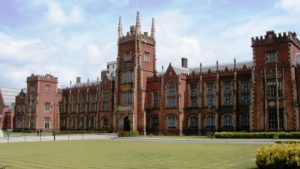 Joshua Twining—lead author and PhD student at the School of Biological Sciences, Queen’s University, Belfast—said, “Grey squirrels, introduced to the UK from North America, have only shared the landscape for a mere blink of the eye on an evolutionary timescale, and thus currently appear to be naïve to the threat of predation by this native predator.”

Twining added, “In a modern world that is daunted by environmental crisis and ecological collapse, it is more important than ever to recognise the potential of nature, its resilience and ability to provide solutions to our mistakes. This is especially pertinent in the UK and Ireland where we currently live in a highly managed, unnaturally predator free world.”

He concluded, “Historic human activities have led to the loss of predators at the top of the food chain including the wolf and the lynx. The UK government currently spends £1.7 billion a year to control invasive species in a bid to balance the ecosystem. More research is required, but our initial findings add to the evidence suggesting that an alternative measure could involve restoring our native predators to naturally rebalance the ecosystem.”

The study, funded through an online public appeal and published on February 26, 2020 in the Royal Society Open Science, highlights the importance of conserving and supporting our recovering native predator populations in Europe.

Dr. David Tosh—co-author and Research Coordinator at National Museums NI—said, “The benefits of native predator populations are slowly being realised in Britain and Ireland. While this study began with a focus on identifying what was behind the observed relationship between squirrels and pine martens, it has shown us the potential benefits predators may have in rebalancing the ecosystem. We believe this discovery will demonstrate to the wider public the benefits that native predators can bring to our countryside.”

Unless otherwise credited, all photos are courtesy of Joshua Twining.