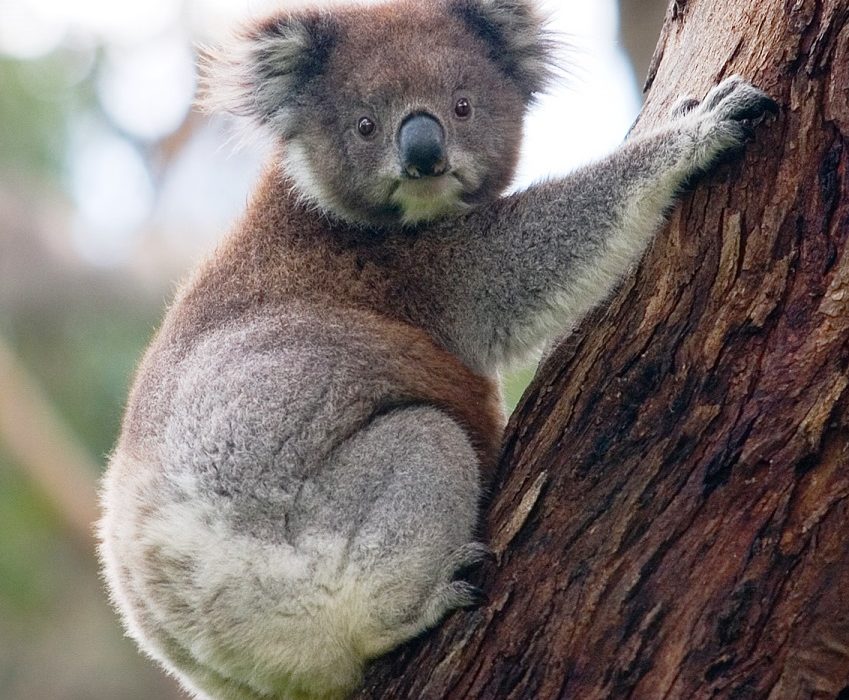 The koala (Phascolarctos cinereus) is an arboreal herbivorous marsupial native to Australia. It is the only extant representative of the family Phascolarctidae and its closest living relatives are the wombats. The koala is found in coastal areas of the mainland’s eastern and southern regions, inhabiting Queensland, New South Wales, Victoria, and South Australia.

Koalas typically inhabit open eucalypt woodlands, and the leaves of these trees make up most of their diet. Because this eucalypt diet has limited nutritional and caloric content, koalas are largely sedentary and sleep up to 20 hours a day.

For several years the working group of the Capricorn Koala Project (CKP) has been pushing for the reintroduction of koalas into suitable habitat in the Central Queensland region.

And now it’s finally become a reality. The Capricorn Koala project is set to reintroduce koala’s to the Capricorn Coast, where they once used to exist decades ago.

With community and government support at an all time high the university and property owners are looking to kick off the project in the next 18 months.

Historically, koalas were widespread across central Queensland, but a market for koala pelts in the 1920s and other factors shrank the population to tiny isolated communities.

“We’re going to see if we can develop some methodology and get koalas back into areas where they used to occur,” said Dr. Alistair Melzer from Central Queensland University. “Subsequently, human development, feral dogs, road kill and natural disasters such as bush fires further impacted the already at risk koala population,” he continued.

“The first step of that is to investigate where the Koalas will come from. So we need to consider whether the Koala’s are genetically suitable for here but also the ethics, whether they’re coming from a similar climatic region or not because you don’t want to take Koala’s that are adapted to a cooler environment and put them into 40 degree heat.” Dr Melzer says. “Then we need to make sure they’re healthy and that they’ll except the local food tree species.”

Ian Dunn owns a largely uncleared block of land at Nankin, adjoining Mt Archer National Park, and has volunteered his property to provide a safe haven for re-introduced koalas. “A couple of years ago, one of the locals said to me that as a kid he used to come onto my place and shoot koalas,” Mr, Dunn said. “Immediately, that tells you it’s a koala habitat.”

See January 17, 2017 article in The Morning Bulletin by Trinette Stevens.

See January 27, 2017 article in The Morning Bulletin by Zhanae Conway-Dodd.