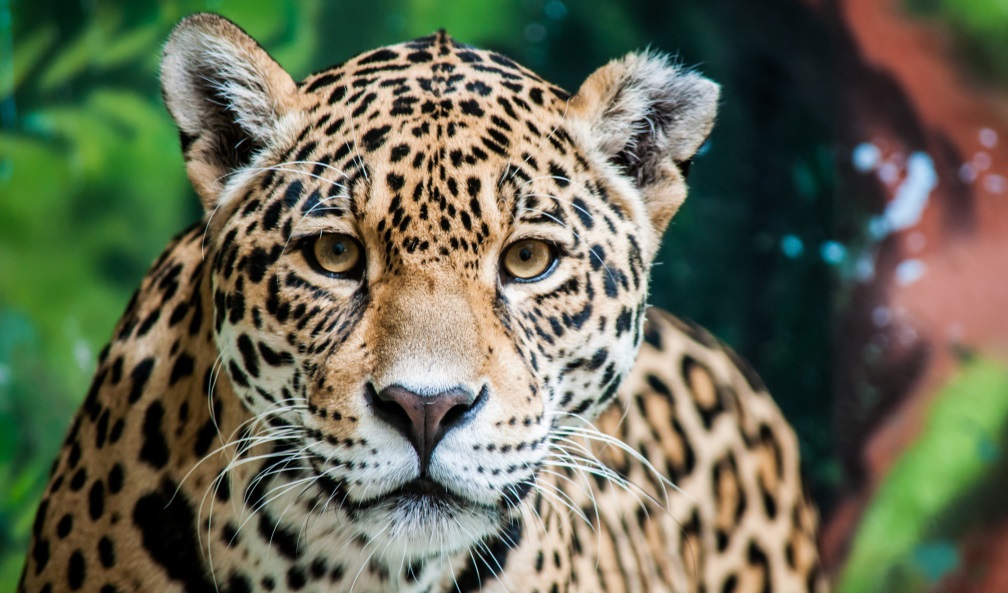 Can saving jaguars help sustain local economies? Residents of southern Arizona are protecting and restoring jaguar habitat—and creating jobs—in the hopes that a restoration economy can beat an extraction economy.

Biologist Ron Pulliam is used to being at the center of America’s most pressing wildlife and public lands issues. He led the U.S. Biological Survey (now part of the U.S. Geological Survey) and served as science advisor for Secretary of the Interior Bruce Babbitt under President Bill Clinton. But despite his high-powered positions, he says, “I never felt like I was making a difference.”

Retired now, Pulliam is still trying to make a difference — this time in the Sky Islands of southern Arizona rather than the halls of Washington, DC. As controversy mounts over President Trump’s border wall, Pulliam finds himself knee deep in saving one of the Southwest’s most iconic species: the endangered jaguar.

But he’s not doing it through traditional conservation measures. Instead he’s launched a for-profit company that’s working to prove that saving jaguars and other wildlife has economic benefits for the community. 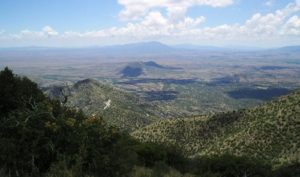 Many Americans think of jaguars (Panthera onca) as the big cats of Latin America, slinking through Amazonian jungles or climbing Guatemala’s Mayan ruins.

Yet jaguar populations are scattered throughout Mexico—some not far from the U.S. border—and the species once ranged from California through Texas. They essentially disappeared from the United States in the 20th century as ranching, cities and suburbs took over the scrub oak and mesquite landscape of the Southwest.

But a renaissance of sorts has emerged over the past two decades: Since 1996 at least seven male jaguars have been spotted in southern Arizona and New Mexico, almost certainly moving north from populations in Mexico. The species that the late carnivore expert Alan Rabinowitz once called “the indomitable beast” is now trying to recover its lost American ground.

But politics could thwart that advance. A solid wall along the entire border with Mexico would stop jaguars from moving north, halting their already tenuous return. Dr. Howard Quigley, jaguar program director for the global wild cat conservation group Panthera and one of the lead authors of the U.S. Fish and Wildlife Service’s Jaguar Recovery Plan, says Mexican populations are critical to the recovery of jaguars in the U.S. “If there will ever be a population in the States, it will require animals moving up from the south,” he says.

Yet even if the border remains open, other modern-day obstacles such as roads, houses, cities and ranches threaten the big cats’ survival. Jaguars need good cover, lots of prey and vast wild landscapes. They typically shy away from people, meaning that the crowded 21st century offers few routes north leading them to safe habitat. And by nature female jaguars are less likely to venture the trek. Most jaguars disappear a few years after arriving in the States without establishing a population.

Pulliam hopes to change that by preserving the most important route for recolonizing jaguars in Arizona.

He didn’t set out to protect jaguars specifically when he retired to the region in 2009. Rather he wanted to explore new approaches to conservation that would protect large landscapes while simultaneously supporting local economies.

“From the beginning I took the attitude that we can restore an area, but in the long run this is all for naught unless local people buy into it,” he says. He held a series of workshops with local conservationists, government agencies and others, and developed criteria for choosing worthwhile projects that fit his vision of a “restoration economy,” a model that would benefit both local people and ecologies.

Jaguars, it turned out, would be the ideal conservation investment.

Based on his criteria, the location for a restoration economy conservation project first has to be valuable from a scientific standpoint. A 2008 study by scientists at Northern Arizona University identified a corridor of private land between two disconnected sections of the Coronado National Forest near the town of Patagonia, Arizona as the most important habitat link for jaguars moving north from Mexico into Arizona.

Next the site must face an imminent threat. The jaguar corridor did: A developer had proposed a housing development on the private land bisecting the national forest. The planned 189 housing lots on more than 1,300 acres of land fell within a two-mile gap linking prime habitat in the Patagonia Mountains to that in the Santa Rita Mountains — the exact corridor jaguars would use to move upstate.

Finally, the solution has to be economically feasible. One obvious way to make money is through tourism. Patagonia is already a birding mecca, and hiking, biking and equestrian trails run throughout the property that would have become the housing development. Pulliam is working to link these trails to the nearby 800-mile-long Arizona Trail that connects the Mexican border with Utah, making the town a hiking destination as well.

Another long-distance trail—the Juan Bautista de Anza Trail, running from Hermosillo, Mexico through Nogales, Arizona—all the way to San Francisco, California—lies about 20 miles away. Connecting the corridor trail network with these longer trails could increase its tourism appeal.

But the restoration economy goes far beyond that. Instead of asking a nonprofit land trust to purchase the property, Pulliam created a for-profit company called Wildlife Corridors, LLC to accomplish that task. The corporation, in turn, offers investors the possibility of a profit; a high risk, low return venture, but enough for do-gooders with a few dollars to sign up. 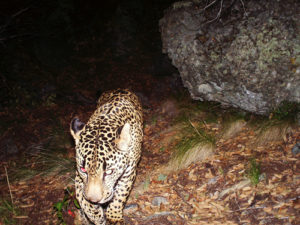 El Jefe: the only known wild jaguar in the United States. Photo by Conservation CATalyst and the Center for Biological Diversity.

However, realizing both a profit and a conservation goal has been a challenge.

The housing developers filed for bankruptcy after reportedly sinking millions into roads and connecting some lots to power and water. And so the Wildlife Corridors crew negotiated with the developers’ bank for more than a year to acquire the land for the bargain price of little more than $1 million in 2014. That included more than 1,200 acres with 173 lots (the developers already had sold 16 lots) of which 149 lay within the essential jaguar corridor.

“Six or eight [investors] pooled funds,” Pulliam says, including himself. “We raised $400,000 in equity and then bought the property with a big mortgage.”

Then they hatched a plan to generate funds to pay off the mortgage and support their conservation efforts through three income streams.

The first stream involved philanthropy. Wildlife Corridors LLC partnered with the nonprofit Biophilia Foundation, which could accept tax-deductible donations to purchase the development rights on the lots from the company and then retire the rights.

The second stream comes from selling 24 lots on the southern edge of the property, where roads and power infrastructure had already been built. 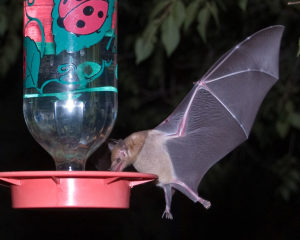 The third comes from federal grants to restore habitat on the property. So far, this has included removing invasive species, halting erosion and planting thousands of agave plants to protect the endangered lesser long-nosed bat (Leptonycteris curasoae yerbabuena).

“The only reason we have succeeded is because we have all three revenue streams,” Pulliam says. Still, they had to weather a rough first few years, including battling a developer lawsuit that halted their income and incurred more legal expenses.

So far Wildlife Corridors LLC has retired 840 acres of development rights, sold 11 lots and reduced its debt to less than $300,000, according to Pulliam. Investors haven’t yet received any dividends, but several have swapped their investments for lots, which could appreciate in value. Pulliam remains optimistic that real profits eventually will emerge.

Wildlife Corridors is just one part of a larger effort to stimulate a restoration economy. The company works closely with nonprofit and limited-profit organizations that Pulliam and collaborators created to bring in additional revenue by restoring habitat.

For example, Borderlands Restoration L3C is a limited-profit corporation that sells native and pollinator plants to federal agencies for regional restoration projects. Collectively this Borderlands Restoration Network boasts a $3 million budget and employs about 20 local people — jobs that Pulliam claims are better than those offered by the mining industry because they are sustainable and will last long into the future.

Pulliam believes this combination of diverse revenue streams, local jobs and engagement is critical for success in any restoration economy venture. In Patagonia, people are using the land and “putting their own blood, sweat and tears into it,” he says. The mistakes of past conservation efforts, in his view, occurred when national conservation groups bought land and sealed it off, triggering local resentment.

“We won’t consider ourselves successful until we can offer as much to the local economy as mining and local extraction,” says Pulliam.

He’s got a ways to go on that front. Although the recently approved Rosemont Copper Mine 25 miles north doesn’t directly affect this restoration project, it will, if constructed, offer jobs while likely impeding jaguar movement. And of course, President Trump’s proposed border wall remains a threat.

The full economic potential will take time to emerge and so will the conservation value of the project. Camera traps on the protected property have recorded numerous mammal species, but no jaguars, although at least one jaguar has been seen in the region this year in Arizona. Two others have crossed the border in the past few years.

Challenges remain to boosting that number. But for now, with a key U.S. corridor preserved, jaguars have more of a fighting chance.

This article by Amy Mathews Amos originally appeared in The Revelator.Reprinted here (with minor edits) by permission.