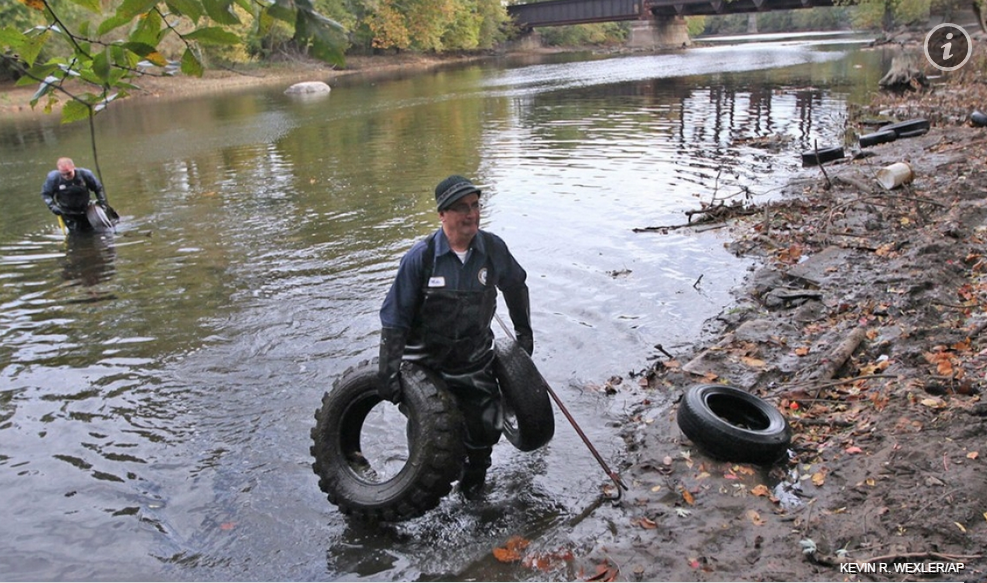 Amid the flotsam and jetsam of plastic bottles, car tires and other urban debris that litter the lower Passaic River, Hugh Carola, 56, guided a pontoon boat full of visitors through the waterway, whose terminus is a busy port and is lined with heavy industries that once dumped toxic chemicals into the river.

As the boat passed by the rusty Point-No-Point Bridge, an osprey — a fish-hunting raptor with a snow white chin — took off from a nest at the bridge and warily circled the boat. Later, Carola saw what the osprey was jealously guarding: two noisy chicks that peeked their heads from the twigs and branches of their nest.

“I was absolutely amazed,” said Carola, the program director of the Hackensack Riverkeeper, a nonprofit environmental group that advocates for local waterways. “If they are nesting and successfully reproducing, they are finding enough prey.”

Different species of fish and birds ply for food in the brackish waters, where even some shellfish such as mussels can be found. Herons and egrets flap their wings next to white oil storage tanks.he ospreys are just the tip of an unexpected and vibrant ecosystem in the lower 17 miles of the Passaic River, which is federally designated a Superfund site, harboring hazardous waste and listed for cleanup and restoration.

Meanwhile in Newark, residents and visitors alike have been rediscovering the river after the city opened a new park along its banks, said Marcy DePina, the director for the city’s riverfront revival program.