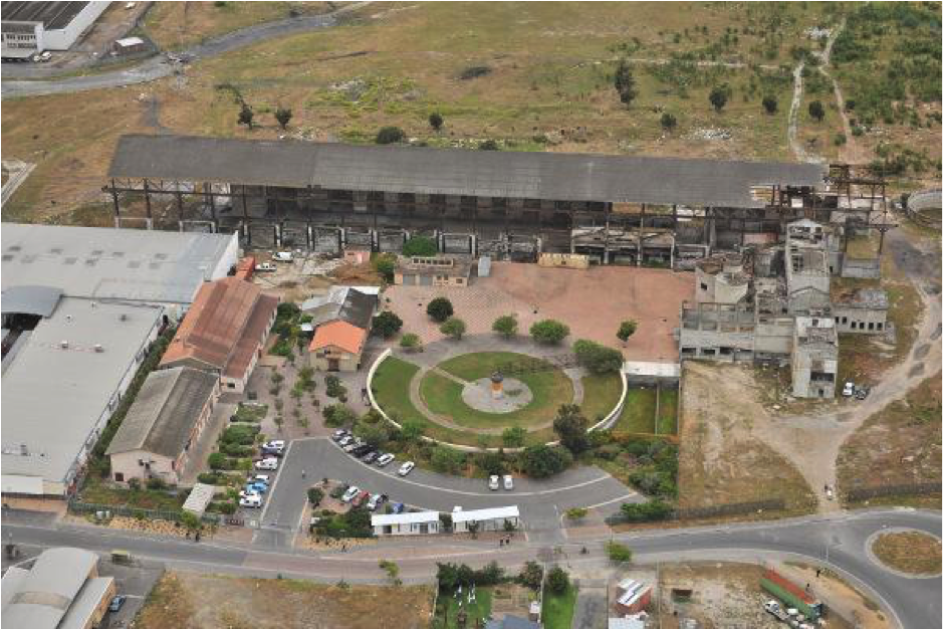 The large silos up ahead are a slumbering landmark of an old cement factory site in the monotonous landscape of Phillipi, a predominantly low income township of over 200,00 people, 22km on the national highway from the Cape Town, South Africa city centre.

On an average week day, the area does not yet capture the energy and excitement of things to come.

A new R120 milllion development called The Hub has just been built within the fabric of the 5-storey old factory building.

It is the centrepiece of a major precinct called Philippi Village, which over the next few years, proposes to include a four-storey hotel, a nightclub, a private hospital and an education zone – as well as the biggest container-shopping mall in the country.

Repurposing such a large industrial, production facility into spaces appropriate for offices was always going to be technically difficult and equally so, the re-stitching of the hub into the loose peri-urban fabric. The ‘noise- and mess-‘ factors of the original facility would have dictated the design planning and its lack of connection with the surrounding urban fabric.

The bigger challenge however is whether the development will have similar exclusionary repercussions that many other developments in Cape Town are being accused of, or whether it will be a model for inclusive regeneration?