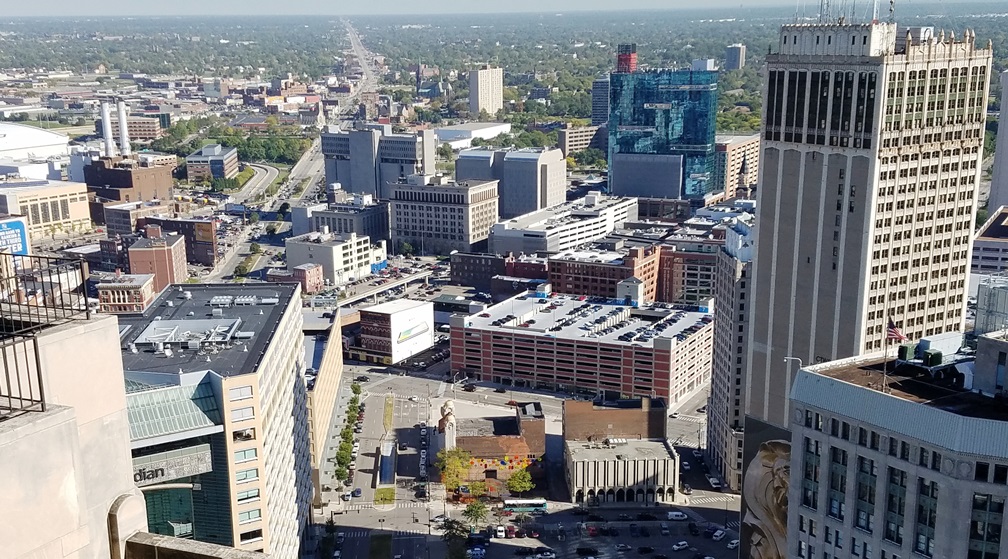 In recent years, the buzz around Detroit, Michigan—at least, the 7.2-square-mile area known as Greater Downtown, if not the city’s predominantly black residential neighborhoods—has been growing. The new Detroit has been earning a reputation as a hipster haven, but urban farms and bike shops aren’t what’s fueling its growth.

In 2011, Quicken Loans founder Dan Gilbert consolidated the mortgage giant’s entire Michigan workforce, Today, some 15,000 employees in downtown Detroit have abandoned office space in the suburbs. Gilbert’s real estate company, Bedrock, is now Detroit’s largest landlord, and it just broke ground on a new 800-foot skyscraper, the centerpiece of a $2.1 billion investment that comes with the promise of 24,000 new jobs.

According to real estate services firm Cushman and Wakefield, office vacancy rates in Detroit’s central business district and Midtown neighborhood are now just 10.9 percent and 8.8 percent, respectively, compared to 13.5 percent in the region as a whole—and down nearly two-thirds since to 2010.

Meanwhile, Ford Motor Company, which pulled out of the city completely in 1996, will move its electric and autonomous vehicle divisions from neighboring Dearborn into Detroit’s historic Corktown neighborhood later this year. It’s a deliberate effort, executive chairman Bill Ford Jr. has said, to appeal to young workers who want to live and work in urban neighborhoods. 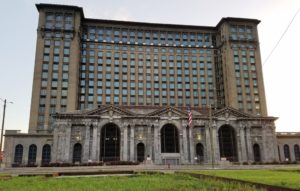 Even better, Ford’s move to Corktown will renovate and reuse the long-abandoned Michigan Central Station, the Beaux Arts train station that has been a dramatic visual symbol of Detroit’s decline.

It’s all exciting news for Detroit. But some in the suburbs are watching these developments warily. As Detroit belatedly joins the nationwide urban resurgence, will its suburbs ride the city’s coattails, or will they struggle to compete?

If Ford’s sought-after millennial tech workers want to be downtown, can the outlying, auto-centric communities that were so long synonymous with the region’s prosperity reinvent themselves in time to stay relevant?

All photos by Storm Cunningham.