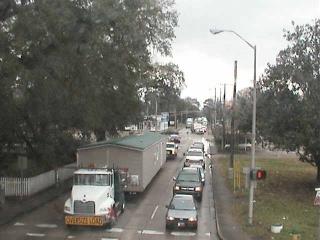 Folks from every reach of the project to complete I-49 South through Lafayette, Louisiana seem anxious. Few will talk on the record. Even fewer will commit to definitive answers as to what the outcome of the project, dubbed the Lafayette Connector, will or can be. Nothing of this magnitude has been tried in Acadiana since Eisenhower built the skeletal interstate system that defined American transportation for the last 65 years.

When the Evangeline Thruway was constructed in the 1960s, Lafayette divided itself from its past. For the remainder of the 20th century Lafayette spread southward and westward, neighborhoods sprawling erratically along roadways scattered with no unified vision. Even then, by 1968, the corridor was earmarked as a future freeway alignment, so it’s no wonder that investment along that route dried up in the intervening years. That limbo was further crystallized by property acquisitions conducted through the 2002 Corridor Preservation Action Plan. Lafayette’s historic urban nucleus has thus for decades languished in uncertainty.

That we can even conceive of the neighborhoods north and east of the Thruway as a “side” of town is proof alone of the division it’s caused. There’s a gridded fossil of an oak-lined Southern city decaying within the adjacent radius of either side of the Thruway’s curbs. Take a slow ride through National Historic District Sterling Grove and you’ll see what we mean. It’s hard not to wonder what could have been without the six lane no-man’s land that has disconnected the historic neighborhood from the city’s place of birth in historic Downtown, née Vermilionville.

But believe it or not, it’s possible for conditions along the Thruway to get worse. An elevated stub of concrete, built 20 feet above ground, as preliminary designs hold, with reckless disregard for the people below it, would serve to make permanent the current gash in our city’s heart. To do nothing and allow the Corridor to erode year by year would be a slower journey to the abyss. From our meetings with the various professionals, experts, planners, consultants, amateur sociologists and city developers involved in this project, no one wants that to happen. True consensus will be the only path forward, whether we decide to build this thing or not.

Photo of Evangeline Thruway by www.katc.com