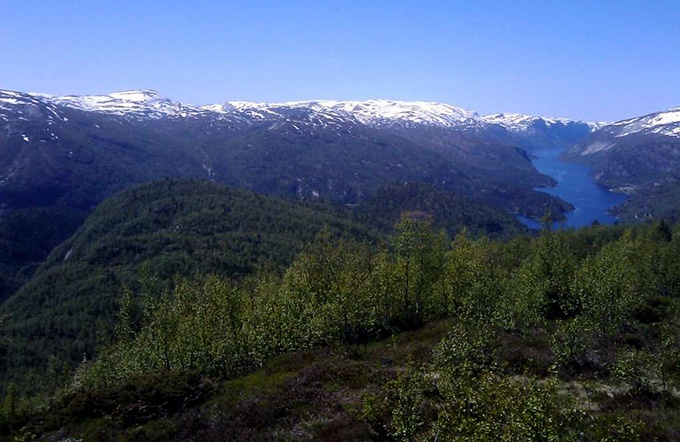 Some people think that the reason there are no trees growing across great swathes of Scotland is that they can’t grow in these places – it’s too wet, it’s too windy, the soil is too thin. But they’re wrong.

Look at the landscape in Scotland today and you’ll see a diverse mix of trees hanging on the edges of streams and gullies and rock faces. They’ve survived for centuries in extreme fringe locations where grazing mouths can’t reach them.

Like Scotland, Norway was once widely deforested – in coastal regions almost completely so since at least the Bronze Age. It has reforested, largely through natural regeneration, since the late 19th century, and especially since the 1950s. Research shows that this regeneration has been a result of reductions in domestic livestock grazing and associated land uses (such as muirburn).

The forests of Scotland could return – if deer numbers were reduced to a level the land can support, if land wasn’t burned to favour shooting birds, and if livestock was managed alongside woodland as it is in many other countries.

As in many parts of the world today land use is a product of history. Whether existing land use is the best for owners, rural communities and wider society should be questioned, especially in the face of changing attitudes to hunting wildlife for pleasure, subsidy reforms and climate change.

Rewilding can bring many new economic opportunities to rural areas and help connect land use and ownership with multiple benefits for wider society. These include mitigation of flash flooding and helping to suck up carbon emissions. Rewilding gives space to communities and nature to thrive.

And then there’s the reintroduction of top predators like wolves, which is what most people think of when they hear the word “rewilding”.