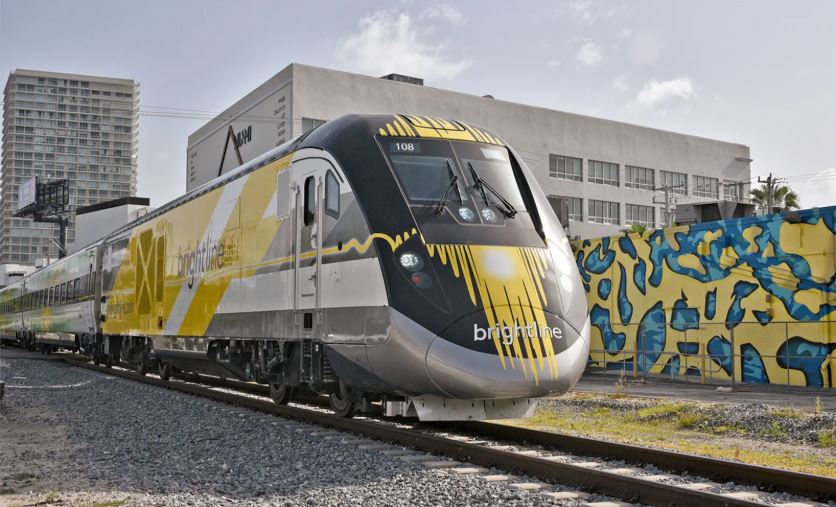 Those who have read the preview of Storm Cunningham‘s third book, RECONOMICS: The Path to Resilient Prosperity/em> (coming January 2020) know about the highly successful 3Re Strategy (repurpose, renew, reconnect) for revitalizing places.

American cities are often good at repurposing and renewing properties, but frequently rather poor at reconnecting them to maximize the project’s regenerative effect. This is often because reconnecting places often involves multiple jurisdictions, and partisan politics often sabotages even the best of initiatives in this country.

But now there’s a private solution to the challenge of reconnecting not just properties, but entire cities whose economies have long been cut off by the shameful decline of the American passenger rail system. Those who are used to riding high-speed rail in Europe, Japan or China (and most recently, Morocco) are often appalled by the third-world level of train service in America.

On November 16, 2018, hope arrived in the form of a partnership between Brightline—America’s first new major private intercity passenger railroad in over a century—and Britain’s Virgin Group. Brightline has been renamed Virgin Trains USA, and the transition to that branding will begin in 2019. 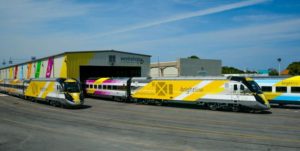 Brightline launched services connecting Miami, Fort Lauderdale and West Palm Beach, Florida in May of 2018, and currently has plans to expand to Orlando and Tampa.

“Our private sector-led effort to reinvent passenger rail service in America is taking another leap forward with the addition of the Virgin team,” said Wes Edens, chairman of Brightline and co-founder of Fortress Investment Group. “Virgin has built a respected and trusted brand in travel and hospitality. With our shared focus on customer experience, powered by a culture of innovation and disruption, we are well positioned to build on our success.” 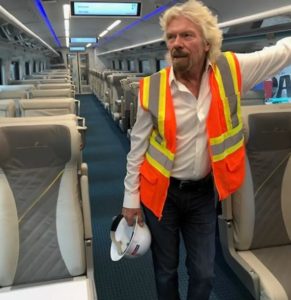 Virgin founder and CEO Richard Branson added: “We have had a lot of fun and success creating innovative transport businesses that shake up markets and establish loyal followings. We transformed domestic air travel with Virgin America. Tens of millions of Americans travel on the railways every day, and we have tried for over a decade to find an opportunity to provide them with that same excellent service experience. Brightline is at the forefront of innovation in this market, and the ideal partner for Virgin to work with to alter perceptions and traveling habits across the United States.”

The partnership could help to provide access to millions of customers with the potential for increased ridership from other Virgin branded travel and hospitality businesses, including Virgin Atlantic, Virgin Hotels and Virgin Voyages.

Virgin Group has significant experience operating in the UK rail sector, including its ongoing investment in Virgin Trains, a high speed intercity passenger rail system it has run for some 21 years. Last year passengers took more than 38 million trips on the UK’s West Coast Main Line.

“This partnership further validates the incredible accomplishments of our team as we challenge conventional wisdom to reinvent train travel in America,” said Patrick Goddard, president of Brightline. “Given our shared values and Virgin’s track record, this partnership will help amplify our efforts and growth potential as we seek to expand to new markets.”

As part of the strategic partnership, an affiliate of Virgin Group has agreed, subject to certain closing conditions, to make a minority investment in Brightline. Funds managed by an affiliate of Fortress Investment Group LLC will retain majority ownership of Brightline. Brightline’s current management team will oversee daily operations, engineering, business development and strategy. Brightline will rename itself Virgin Trains USA this month and transition to Virgin Trains USA branding in 2019.

Unless otherwise credited, all images courtesy of Brightline.