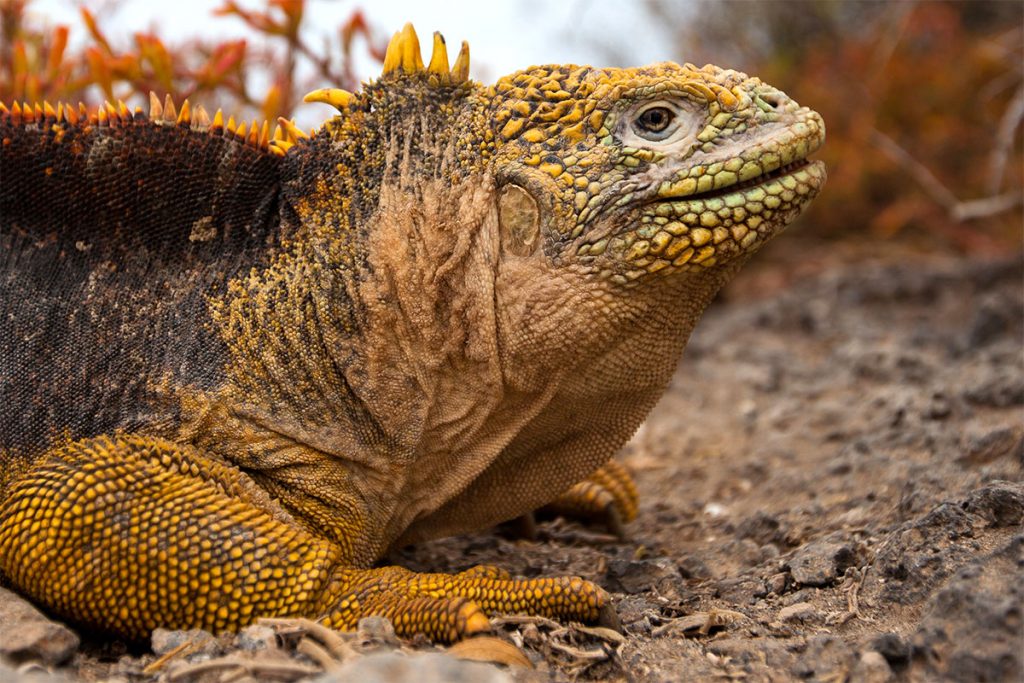 Those REVITALIZATION readers who know anything about me (Storm Cunningham) personally know that this story if of particular interest to me. I’ve been an amateur herpetologist my entire life, so I love anything to do with restoring or conserving reptiles and amphibians. And this story involves our friends at Island Conservation, so it’s of special interest. 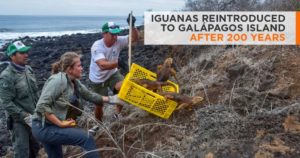 The partners are reintroducing the land iguanas in an effort to restore the island’s ecological health and to provide the opportunity for this iguana species to thrive.

The DNPG and Island Conservation captured the land iguanas in late 2018, and further captures are underway for additional releases. The DNPG and Massey University from New Zealand will begin monitoring the reintroduced iguana population in February.

Karl Campbell, Island Conservation’s South America Regional Director says, “This is the largest iguana population ever translocated for a reintroduction and sees critical ecosystem processes like seed dispersal reinitiated for the first time in 180 years.” 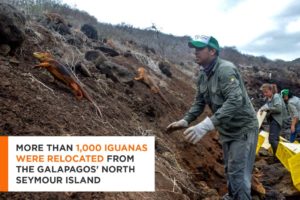 Land iguanas were sourced from North Seymour Island, where they were introduced in the 1930s and have increased to over 5000 and faced a lack of food availability.

After capture on North Seymour, land iguanas underwent 3-4 weeks of quarantine in captive holding facilities on Santa Cruz Island to ensure seeds in the iguana’s guts were not inadvertently transported between islands.

Galápagos Land Iguanas are listed as Vulnerable by the International Union for the Conservation of Nature. The reintroduced iguanas weigh in total over seven tons and are expected to thrive in their new habitat. 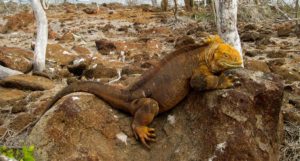 Charles Darwin was the second-last person to record land iguanas alive on Santiago Island in 1835, with Abel du Petit-Thouars being the last in 1838.  Human-introduced feral pigs wiped out the land iguana population. When the California Academy of Sciences visited in 1903 they found only skeletal remains.

Other large scale restoration efforts are planned for other islands in the Galápagos.  Contingent on funding, in 2020 invasive predators will be eradicated from Floreana Island, protecting 55 endangered species and allowing for the reintroduction of 13 locally extinct species, including the Endangered Floreana Mockingbird and Floreana Giant Tortoise.