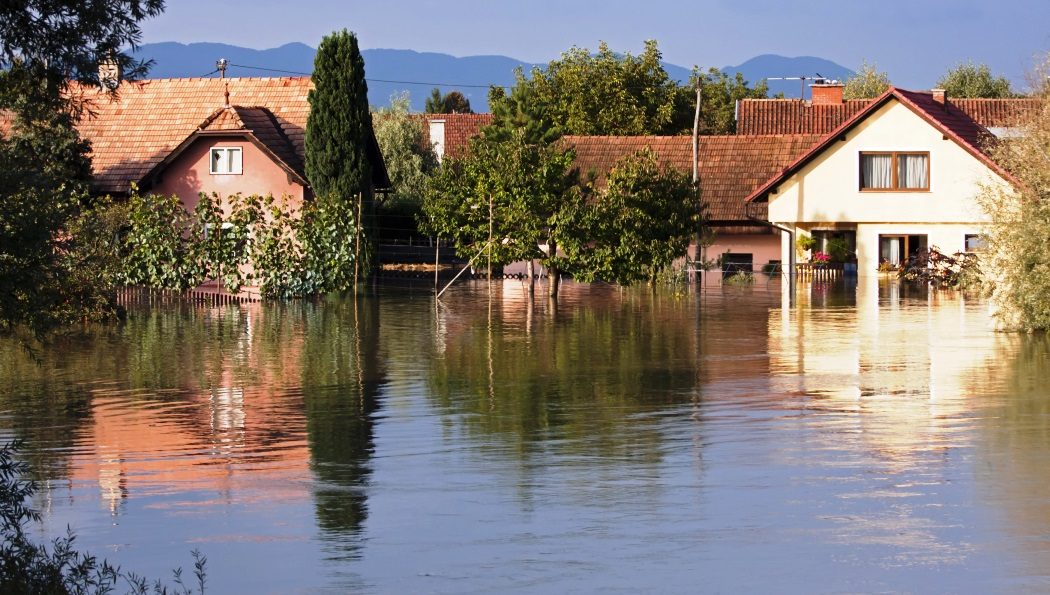 Melting of the world’s glaciers and warming of its oceans are fueling rising seas, fiercer storms, worsening water shortages and other risks that could force millions from their homes or leave them hungrier and poorer, scientists warned on September 25, 2019.

Some of the threat could be averted both by rapidly slashing climate-heating emissions and speeding up efforts to adapt to the coming changes, using everything from sea-walls to early warning systems for extreme weather, they said.

But “we may be losing this race” to put protective measures in place in time, warned Hoesung Lee, chair of the Intergovernmental Panel on Climate Change (IPCC), a U.N.-backed panel of climate scientists. 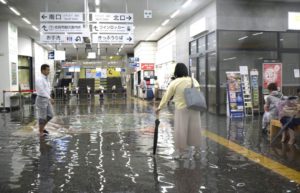 Flooded Saga station caused by heavy rain in Saga, Japan on August 28, 2019, in this photo taken by Kyodo/via REUTERS.

Coastal communities, particularly in the tropics and on low-lying islands, as well as people dependent on glacier melt for their water are most at risk, scientists said in a new report outlining how climate change could affect oceans and ice.

The report, crafted by more than 100 scientists from 36 countries, said 680 million people live in low-lying coastal zones worldwide, a figure expected to rise to 1 billion by 2050.

As sea level rises – driven increasingly by accelerating melting of the world’s ice sheets as well as by ocean warming – those people will face more frequent flooding and harsher storms that drive powerful seawater surges inland, the scientists said.

Some areas that once flooded only every 100 years or so – particularly on low-lying islands that are home to 65 million people – could face annual flooding by 2050, they warned, unless strong protective measures are put in place.

“This could create very vexing questions about the habitability of some areas of the world,” said Debra Roberts, a South African scientist and a co-author of the report.

Zita Sebesvari, who studies environmental vulnerability at the United Nations University, said many communities in Asia’s Mekong and Ganges-Brahmaputra river deltas are already seeing their land become salt-laden and infertile. “People try to adapt, to introduce shrimp farming, but it’s a riskier undertaking than rice farming – and once land is converted to saline water, it’s hard to reuse as a rice field,” said Sebesvari, who looked at sea-level rise for the report.

Cities could be protected in part with sea-walls, she said. But costs and practicality mean more rural areas would likely have to rely on other solutions, such as restoration of mangrove forests, which shelter fish and slow storm surges.

However, measures such as protecting and planting mangroves are only likely to be effective if efforts to cut emissions are hugely accelerated, said Maarten van Aalst, a climate scientist and director of the Red Cross Red Crescent Climate Centre. “At some point there will be no easy solutions,” he told the Thomson Reuters Foundation. “There will be no nice options out there anymore if the climate changes too much.”

Most work to improve safety for at-risk communities still comes only after a big disaster, he said, while much construction – including post-crisis rebuilding efforts – does not adequately take growing climate threats into account.

Investing in cutting those risks makes economic sense – but elected officials who do not anticipate a disaster during their term in office often find it more politically expedient to spend on other things, he said.

New York City—which hosted the U.N. secretary-general’s climate summit on September 23, 2019—is one city moving to cut its risk, in the wake of the destruction caused by Hurricane Sandy in 2012.

It is building a $10-billion system of berms, removable barriers and new, higher land at the fringes of lower Manhattan in an attempt to protect itself from flooding and storms.

Germany, similarly, is constructing a series of dikes along the North Sea coast, designed in a way that they can be elevated in the future if sea-level rise exceeds current expectations, said Sebesvari of the U.N. University. But “many other cities in the world cannot afford that,” noted van Aalst.

The cost barrier is even more serious for island states with relatively small economies and resources but long coastlines, said Helene Jacot des Combes, an IPCC report author who lives in the Marshall Islands. “You can build sea-walls and dikes, but that means very high levels of investment – we’re taking about millions of dollars,” she told the Thomson Reuters Foundation.

“Managed retreat” – which means moving people away from risky coastal areas, a response already happening in some countries – was one option, she said, but only “if you have safe land to retreat to“, a problem for small islands.

Valerie Masson-Delmotte, a French scientist and IPCC report author, said the number of people who could be forced from their homes by rising seas and other risks was unclear and depended on “the adaptation solutions that are available – or not“.

“Changes in water availability will not just affect people in these high mountain regions but also communities much further downstream,” said Panmao Zhai, a Chinese author of the report.

Stepped-up efforts to share and manage scarce freshwater, particularly from rivers that flow across borders, will be key to keeping growing risks in check, he added.

Pakistan’s Prime Minister Imran Khan warned at the U.N. climate summit this week that his country gets 80% of the river water it depends on from glacier melt. “If temperatures keep rising the way they are, we face catastrophe,” as water supplies decline, he said.

This article by Laurie Goering (@lauriegoering) was edited by Megan Rowling and originally appeared on the website of the Thomson Reuters Foundation. Reprinted here by permission.