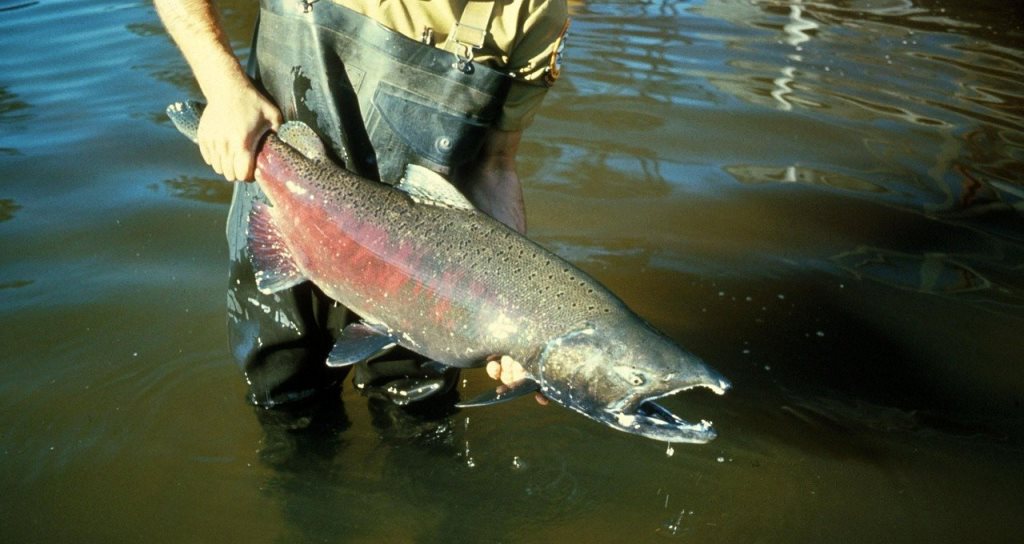 During the past 30 years, salmon runs have declined 80% in southwest Washington state’s Chehalis River basin due to habitat degradation, development, and the climate crisis. By the end of the century, the basin’s spring chinook salmon could become functionally extinct, with fish numbers dropping too low to sustain the population.

But on November 18, 2019, scientists, researchers, and technical experts unveiled a draft aquatic species restoration plan designed to protect and restore salmon and other native aquatic species in the Chehalis basin’s 3,400 miles of perennial streams and rivers.

“The Chehalis basin is one of the state’s only major river systems with no salmon species listed as threatened or endangered,” said Emelie McKain, the basin’s aquatic restoration plan manager for the Washington Department of Fish and Wildlife. “We want to keep it that way by restoring and protecting their habitat.”

McKain said the basin is also home to Washington’s largest diversity of amphibians such as frogs and salamanders, including the federally-endangered Oregon spotted frog.

Aside from lost and degraded habitat, climate change is causing more frequent and intense storms that scour aquatic habitat in the basin while droughts are becoming more common during the summer, keeping stream flows low and raising seasonal water temperatures to levels that can threaten salmon and other native aquatic species.

The team of technical experts from the Quinault Indian Nation, Confederated Tribes of the Chehalis Reservation, Washington departments of Fish and Wildlife and Ecology, and other entities who developed the draft plan worked with local farmers, foresters, and conservationists, other state and federal agencies, and local governments.

The team and the Chehalis Basin Board will use public comments to inform future phases of the plan’s development and implementation. The board was established by the state legislature to provide long-term oversight of the Chehalis Basin Strategy.

The Strategy is an ambitious collection of potential actions designed to improve and restore aquatic species habitat now and for future generations, while also making make the basin a safer place for families and communities affected by flooding.

Ecology’s Office of Chehalis Basin administers legislative funding to put the combined fish and flood strategy in place and works closely with the board, local government representatives from Grays Harbor, Lewis, and Thurston counties, the Chehalis and Quinault Indian tribes, basin farmers and other landowners, and local conservation and salmon recovery entities.

Photo of chinook salmon by PublicDomainImages from Pixabay.