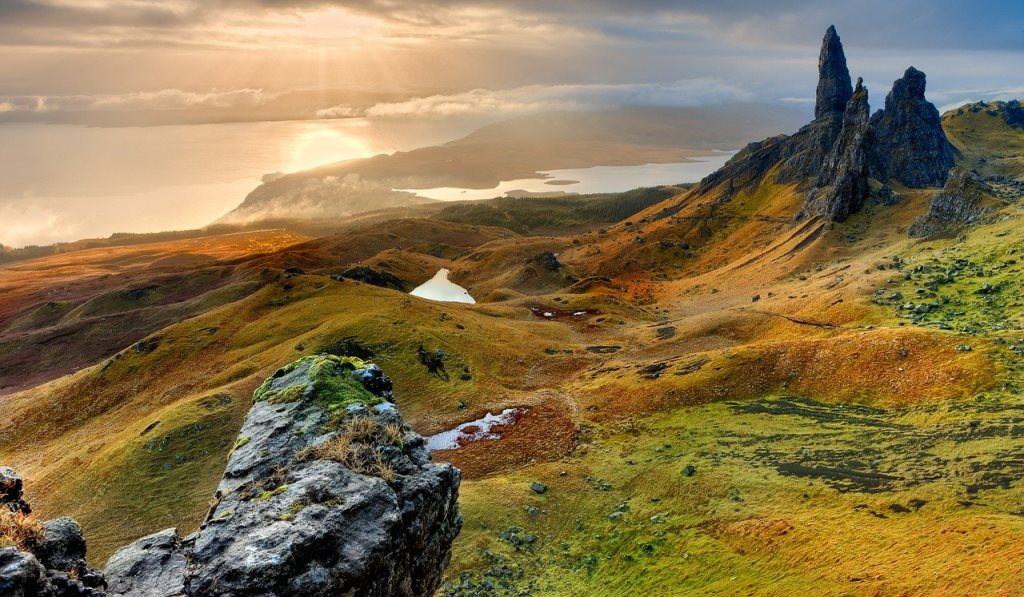 Despite many superb environmental restoration and conservation initiatives, Scotland is lagging behind other countries. Its nature is in steep decline and its landscapes are among the world’s most nature-depleted.

Only 1.5% of Scotland’s land is national nature reserves, just 4% is native woodland, and 25% is severely nature depleted. Rural landscapes support fewer people than previously. Damaging activities such as scallop dredging and bottom trawling are banned from less than 5% of coastal waters.

Now, on March 20, 2021, the Scottish Rewilding Alliance, a coalition of over 20 organizations, called on Members of the Scottish Parliament (MSP) from all parties to support a parliamentary motion recognizing the potential social, economic and environmental benefits of Scotland becoming the world’s first rewilding nation.

The Alliance is highlighting its Rewilding Nation campaign as part of the first-ever World Rewilding Day (Saturday March 20, 2021) – a global event supported by over 100 organizations worldwide.

The motion in the Scottish Parliament, lodged at Holyrood by SNP MSP Gail Ross, has already been signed by 22 other MSPs – including other SNP MSPs, as well as Labour, the Greens, and Liberal Democrat Members.

“We’re calling on more MSPs to show their support. Members of the public still have time to ask their MSPs to sign this important motion before the 24 March deadline,” said Steve Micklewright, Chief Executive of Trees for Life and the Alliance’s Convenor.

“Less than a month since the campaign’s launch, there’s growing optimism that the next Scottish Government will declare Scotland a rewilding nation ahead of the COP26 climate conference in Glasgow later this year. Such an act of leadership and hope in the face of overlapping nature, climate and health crises would be a world first, unless someone beats us to it,” he added.

The Scottish Rewilding Alliance is calling for rewilding of at least 30% of Scotland’s land and sea by 2030. It says this can be achieved by restoring woodlands, moorlands, peatlands, rivers and marine habitats, and without loss of productive agricultural land.

The Alliance says rewilding Scotland’s towns and cities too would ensure everyone has opportunities to reconnect with nature, bringing significant benefits people for health and wellbeing.

Last month, more than 7,000 people joined the Rewilding Nation campaign’s online launch. An animation narrated by wildlife presenter and filmmaker Gordon Buchanan – showing how rewilding can help make Scotland a place where nature recovers, wildlife flourishes and people prosper – has already been viewed over 400,000 times and has been widely shared on social media.

The Scottish Rewilding Alliance commissioned Scottish-specific polling from market research organization Survation in November 2020, which showed strong support for rewilding. Of those who expressed a preference, 76% backed rewilding, with less than a tenth as many opposed.

“In Scotland we have the space, political influence and public backing to become a world leader in saving nature and ourselves. The opportunity is there is we want to seize it,” concluded Micklewright.

Photo of Scotland by Frank Winkler from Pixabay.