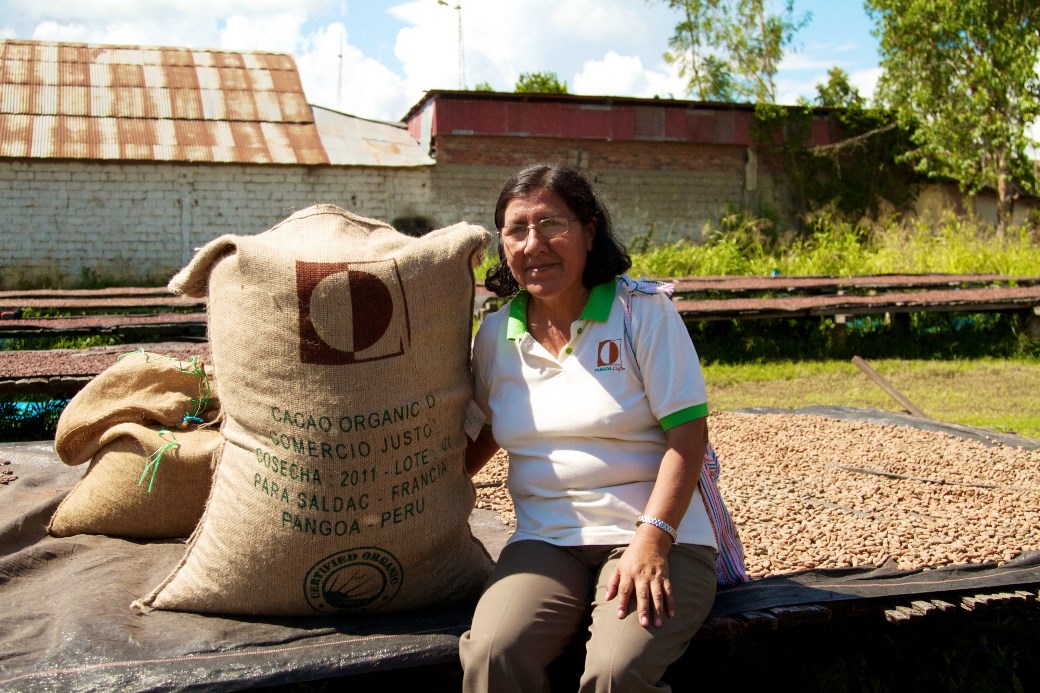 In the wake of decades of armed civil conflict in Peru, agriculture in the valley that houses the town of San Martín de Pangoan nearly disappeared.

But as violence waned, thousands of farmers who had fled their homes in search of safety slowly began to return. Yet without the business infrastructure to get their crops to a larger market, many turned to the only crop that could make them enough money to survive: coca, the plant used to make cocaine. 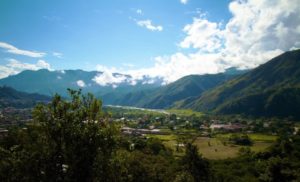 But for the 700 farmer-members of the C.A.C. Pangoa cooperative, things were different. They had another choice; they could grow crops that were legal and safe, and that made them just as much money.

Much of their success is thanks to one woman: Esperanza Dionisio Castillo (pictured at top). She helped repurpose and renew the local agricultural economy from drugs to crops such as coffee, cocoa and honey.

For nearly twenty years, Esperanza and her team have invested in the long-term health of the land. Recognizing that a changing climate impacts the areas where coffee and cocoa can grow, Pangoa launched a reforestation initiative, planting trees that will create microclimates where these crops can thrive for years to come.

But to Esperanza, producing a quality product isn’t the final goal. “The most important thing to me is that the producers don’t need to sell their farms,” she says. “I feel committed to these farmers.”

For decades, Pangoa has grown steadily in both its business and its impact. And for 11 years, Root Capital has accompanied the business on its growth, providing more than $7 million in cumulative credit. Pangoa has paid back every cent.

Root Capital clients are farmer associations and private businesses that help build sustainable livelihoods by aggregating hundreds, or even thousands of rural producers. Since 1999, Root Capital has disbursed more than $900 million in credit to over 600 businesses in Africa and Latin America. 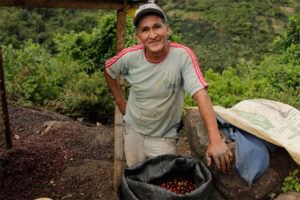 Another longtime Root Capital client in Peru, C.A.C. Chirinos coffee cooperative, provides top-notch services to its members in the Cajamarca region of Peru and premium coffee to specialty buyers in the United States and Europe.

Confronted with challenges like climate change and market volatility, C.A.C. Chirinos has taken many proactive measures to ensure the continued resilience, productivity and profitability of its 600 members.

The town of Chirinos is perched high atop a steep mountain in the lush Cajamarca region of northern Peru. Boasting a modern church and brand-new municipal building that serve as bookends to a well-manicured central plaza, the veritable coffee town hums with signs of economic development and a strong sense of community.

With roots tracing back to the late 1960s, C.A.C. Chirinos initially sold its coffee on the local market, bringing only modest profits, at best, to its members. In the early 2000s, that began to change. Root Capital financing, and the dynamic leadership of general manager Lenin Tocto, helped the cooperative begin selling its high-quality coffee for premium prices to fair trade, organic and specialty buyers in the United States and Europe. Today, C.A.C. Chirinos boasts a membership of 600 famers—six times larger than it was only a decade ago.

Recognizing the need for preemptive action against aging, vulnerable coffee trees and the roya fungus damaging cooperative members’ farms at lower elevations, C.A.C. Chirinos has begun offering services to invest in its members’ resilience and the long-term sustainability of its core business, coffee.

“We want to be more than a coffee cooperative,” says Tocto. “We want to offer multiple services, and engage in activities that go hand-in-hand with coffee, to benefit our members and their families.”

One such investment in resilience and increased farm productivity is an on-premises, state-of-the-art organic fertilizer plant, financed partially by Root Capital. Called Pachakushi, a Quechua word meaning “happy soil,” the cooperative’s fertilizer not only saves members money but also helps them fortify and regenerate soil, manage pests and increase their yields by up to 60 percent.

Since 2012, C.A.C. Chirinos has been working with Root Capital’s financial training team to ensure its suitability for a long-term loan for renovation, a process by which members will replace vulnerable coffee trees with stronger plants that can withstand the challenges of a changing climate. This financial training from Root Capital will enable C.A.C. Chirinos to provide internal credit to its members in order to purchase new coffee plants, grown at the cooperative’s own nursery.

C.A.C. Chirinos’s emphasis on supporting member farmers has been at the heart of the cooperative’s success over the past several years and will fuel the focus on resilience for years to come. “The cooperative has really supported the economic growth of families in Chirinos,” Tocto explains. “In the last few years, I have seen many families invest in their children’s education and make improvements to their homes.”

Looking forward, C.A.C. Chirinos has been exploring the viability of expanding into cocoa, farm-raised trout, small animals and other livestock for income diversification and food security purposes. As the cooperative prepares for the future, continued investment in health, technology, organic gardening and youth leadership programs remains paramount.

C.A.C. Chirinos’s investment in youth is a smart strategy for building long-term resilience, at a time when many of the children of coffee farmers are turning away from their parents’ way of life. Providing opportunities for members’ children to learn about and apprentice at the cooperative, C.A.C. Chirinos attracts and retains some of Chirinos’s best and brightest, including Tocto, who explains that it was the opportunity to serve his community that drew him back to his hometown.

“After university, I came back just to visit and now have been here for nine years,” Tocto says. “In that time, so much has changed with the cooperative and it’s my job to make sure our farmers are happy and help Chirinos develop and grow, little by little.”

All photos courtesy of Root Capital.

See story by Will McAneny of Root Capital in Impact Alpha.