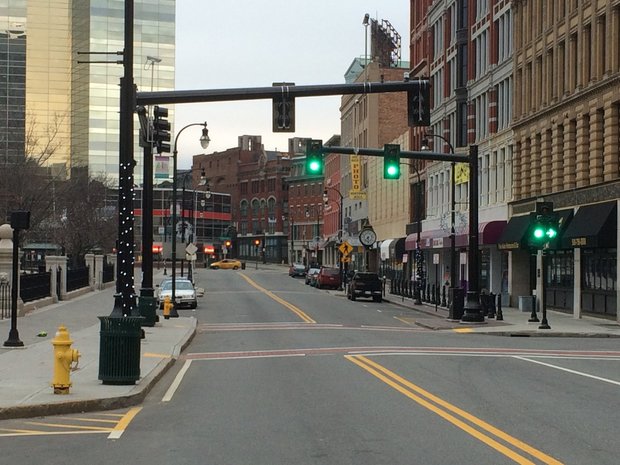 Worcester, Massachusetts is planning a hearing on May 5, 2016 to publicly vet its draft plan to revitalize downtown.

As proposed, it is a 20-year proposition that will include hefty investment and possibly even some taking of property from uncooperative owners.

The most recent plan released by the city would create a redevelopment zone that includes some 118 acres.

Within that area is roughly 30 acres of commercial space, just over 29 acres of industrial space more than 24 acres of public ways and a mix of multi-family, single family and mixed use spaces.

In detailing the need for downtown revitalization, the report cites a large number of unoccupied spaces, both storefronts and upper-floor units, in the downtown area. Some of those vacancies have lasted two decades, according to the press release.

Also cited are unresolved brownfields remediation and redevelopment challenges dating back over 20 years.

The Downtown Urban Revitalization Plan (URP) was initiated by the Worcester Redevelopment Authority (WRA) in cooperation with the City of Worcester and the Worcester City Council. The URP process involved collaboration with stakeholders, including area property owners, residents, city officials and the URP Citizen Advisory Committee.