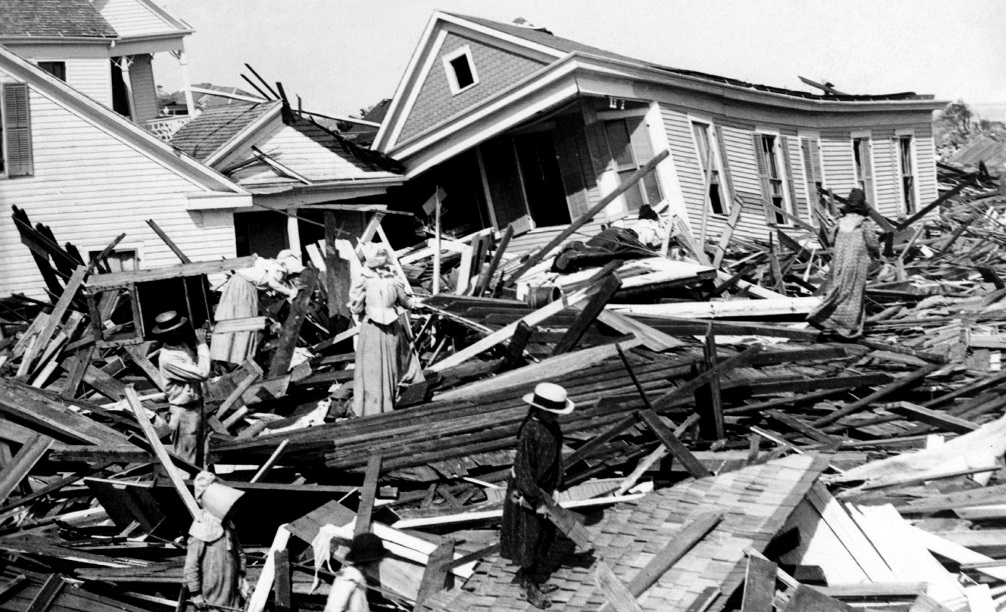 In 2009, the University of Texas Medical Branch (UTMB), along with six other south-eastern institutions, was funded by the National Institutes of Health to create the Gulf Coast SECURE Center, aimed at improving disaster preparedness and response with a focus on community health.

Under that grant, the Center to Eliminate Health Disparities and the National Institutes of Environmental Health Sciences Center Community Outreach and Education Core at UTMB developed an initiative called the Galveston Health in All Policies Project, an effort to integrate health considerations into recovery planning efforts in Galveston, Texas, following Hurricane Ike, which hit the barrier island September 13, 2008. The project partners UTMB with a number of local governmental and non-governmental organizations.

In 2010, a Workbook on Community Health, Neighborhood Resiliency and Disasters was developed jointly by UTMB and the Institute for Alternative Futures as an effort to illustrate how health impact assessments can be usefully applied to strengthen community health and aid in recovery from natural or other disasters.

The workbook provides a number of ways to think about the impact of disasters on health, and what people with planning or community organizing capabilities can do both before and after a disaster to lessen the health impact of disasters. The workbook takes readers through a number of cognitive steps, beginning with stories of hypothetical experiences illustrating the health effects of hurricanes that result from different planning strategies; then discussing some of the key health issues typically faced by communities; then linking those health effects to specific decisionmaking; and finally explaining the evidence based these projections are based on, and how we can use that information in our own local decision-making in the here-and-now.

Historically, most hurricane disaster planning discussions have focused on the evacuation and response phases immediately prior to and following a storm, rather than the longer– term relief and recovery phases. Unlike the threat we are responding to when we evacuate, our planning and decisions in recovery generally do not involve dire threat to life. This discussion centers on the planning that happens well before a storm, and the longer-term effects on individuals, families, and neighborhoods months and even years after a disaster, during the recovery phase.

Of course, such planning action depends on sustained efforts across various sectors—health care, but also education, transportation, housing, and others—with an explicit intent to make choices that improve community health.

Key to understanding why all sectors should participate in such an effort is the recognition that the means to achieving health goals often overlaps with sectors’ own goals. And planning choices that prefer positive health impacts may ultimately, if not immediately, serve the higher level goals and visions for a community, such as economic development or creating safe and attractive neighborhoods.

This project attempts to use the massive planning initiatives that often follow a natural disaster to raise awareness of the opportunity to improve community health and resiliency while rebuilding our community to achieve other goals. In doing so, we hope to both improve health, but also ease our own burdens of recovery as we anticipate the coming hurricane seasons.

Featured photo shows people rummaging through rubble in Galveston after the hurricane of 1900.