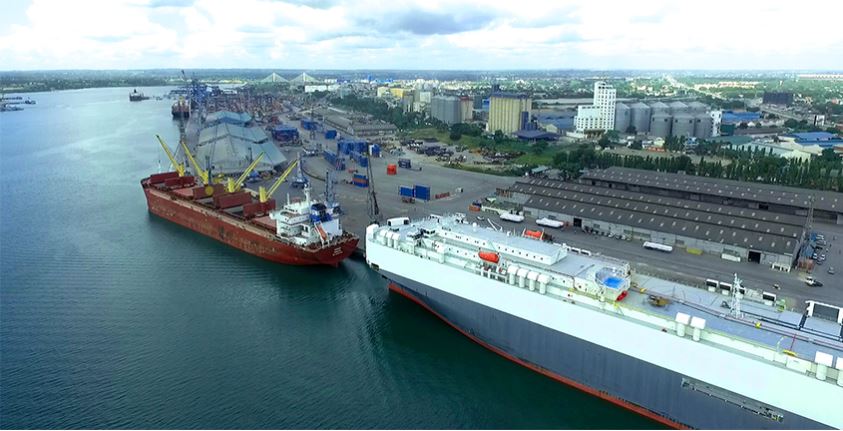 Bella Bird, the World Bank Country Director for Tanzania, Malawi, Burundi, and Somalia, said the Dar es Salaam port was vital for the economies of Tanzania and neighboring countries. The development objective of the Gateway Project is to improve the effectiveness and efficiency of the Port of Dar es Salaam for the benefit of both public and private stakeholders. The project development objective (PDO) will be realized by improving the physical infrastructure and by institutional strengthening with implementation assistance. The DSMGP has been developed as a multi-development World Bank partner initiative to improve the effectiveness.

Bird said that the upgrading of the port will enhance its operational potential and boost trade and job creation across the region. “The project will also reduce the current cost of 200-400 U.S. dollars for each additional day of delay for a single consignment,” she explained.

The port of Dar es salaam currently has 11 berths, with seven of these dedicated to general cargo and four to container operations. The port handled 13.8 million tons in 2016 up from 13.1 million tons in 2013 and 10.4 million tons in 2011 reflecting an average growth of 9 percent per year over the last five years while recent numbers indicated a slowdown.

The investment in renovating the port is also expected to improve waiting time to berth from 80 hours to 30 hours as well as overall productivity, said Bird. The DSMGP is to be implemented as part of a large ongoing investment program for the overall development of the Dar es Salaam port with the support of several development partners.

Makame Mbarawa, the Minister for Works, Transport and Communication, said CHEC will deepen and strengthen the depths of seven berths at the port. “The Dar es Salam port has a depth ranging from 8 to 11 meters … this prevents big international ships from coming to our port,” said Mbarawa. “Deepening and strengthening of the berths will allow big container ships to come in. All these efforts are being done in order to increase competitiveness of the port,” he continued.

Mbarawa said that big vessels carrying up to 19,000 tons require between 12 and 13 meters of water depth to dock at the port. He said expansion of the port was expected to improve efficiency and boost government revenue collection through the TPA and the Tanzania Revenue Authority (TRA). “Improvement of the port’s infrastructure was long overdue because we have been performing rather optimally, yet under very difficult conditions,” added Deusdedit Kakoko, the TPA Director General.

Current photo of the Port of Dar es Salaam courtesy of the World Bank.